Big data tends to mean one thing for hardware: Buy more of it.

Companies are seeing data levels as much as double every year. They need to store that data, and process it, and be able to search it -- none of which is free, even in today's world of dirt-cheap commodities.

Along comes SiSense, a company that started with the aim of doing analytics in the cache memory of a central processing unit. That's right -- analytics in a chip. That was the challenge CTO Eldad Farkash set for himself with SiSense. Farkash's other challenge was to boost performance.

Farkash's ultimate answer was that you could take huge chunks of data from relational databases and vectorize it, or slice it up, and then run analytics on the slices. It's analogous to the difference between sending data over the circuit-switched phone network and the packet-switching approach adopted for the Internet, which splits up voice and data into packets and then reassembles it.

Another way to explain what SiSense does is that it takes analytics software and makes it work on multicore processors, like a parallel computer cluster on a chip. The technology works in part because chips are now multicore -- in effect, parallel computers on a chip. Software programs optimized for such chips will run in parallel. That sounds a lot like what SiSense does in slicing datasets.

Farkash said that SiSense has run queries against as much as 20 terabytes of data running on the chip.

The technology works on Intel and AMD architectures. Farkash says it is the first company to support the Many Integrated Cores mode in Intel's Haswell architecture.

Farkash believes that such analytics will soon be something you can hold in the palm of your hand. In two or three years SiSense should work on iPad and Android tablets, though they'll be different from today's tablets, boasting about a terabyte of storage and double-digit RAM.

What CIOs need to know is that SiSense represents a divergence from the high-performance computing Hadoop Hive Mind of big data. In the Hadoop hive world, you go to IT (or the company's data scientist if you're lucky enough to have one) and beg for an hour of query time, then try to stuff as much data as possible into that time. It costs money to do that. You don't want to ask silly questions. 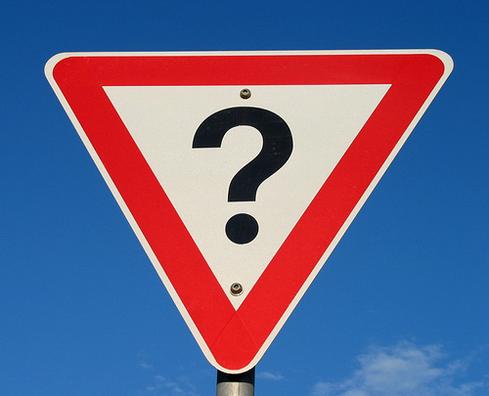 Farkash's premise is that business users might want to ask silly questions -- or at least questions that could have throwaway answers. "They want to know how many seconds it will take to ask a new question or modified question against a dataset," he said during a Skype interview from his office in Tel Aviv.

A typical Intel Core i3 processor will have 3 or 4 MB of cache. That's not big data. That's what you use to run Excel queries.

SiSense wants to bridge those worlds so business analysts can ask questions against large datasets and get quick answers. SiSense, then, is "big data meets business intelligence."

The approach seems to have struck a chord, given SiSense's impressive list of customers.

Tools like SiSense may be a way to spread analytics beyond today's Hadoop hives. It might even demystify analytics a bit.

We welcome your comments on this topic on our social media channels, or [contact us directly] with questions about the site.
Comment  |
Email This  |
Print  |
RSS
More Insights
Webcasts
The Failures of Static DLP and How to Protect Against Tomorrow's Email Breaches
Protecting Your Enterprise's Intellectual Property
More Webcasts
White Papers
How to Prioritize Risk Across the Cyberattack Surface
The State of Threat Detection and Response
More White Papers
Reports
2020: Threats in Review
Special Report: The Changing Face of Threat Intelligence
More Reports

In additio to "business as usual", I would also say big data comes to small. When we talk about big data, we think about big Hadoop cluster, HDFS and the other common components such as Hive, HBase, etc. But indeed the effort from the company like SiSense made the big data world small - the analytics become a common practice that can be exectued in RAM or even in CPU cache, which is really amazing. In the future, the big data and its application/analytics will become part of our daily life, just like electricity today.
Reply  |  Post Message  |  Messages List  |  Start a Board

If analytics follows the path of other fundamentally useful technologies, such as those you mention, it will certainly become something built in and taken for granted. It appears to be on that path. Not that there won't still be specialized super analytics setups. But the rest of us will no longer be held hostage by them. Thanks for your comment.
Reply  |  Post Message  |  Messages List  |  Start a Board

Michael. Nice look at what SiSense is doing. I wonder if this is a step toward a time when we don't even think about big data analytics as a specialty but just build it into what we do every day. If we can integrate the analytics with the standard hardware that processes the application itself, maybe we will someday not need special groups that do analytics, but the tools and templates for decision making will be available to everyone. Could analytics become an almost automatic function for the end user like some other technologies have become (most networking, security and storage tasks) in the past decade or two?
Reply  |  Post Message  |  Messages List  |  Start a Board
Editors' Choice
Hot Topics

10 IT Trends to Watch for in 2021 Cynthia Harvey, Freelance Journalist, InformationWeek,  12/22/2020
White Papers
How to Prioritize Risk Across the Cyberattack Surface
From MFA to Zero Trust
Ahead of the Curve: Accelerate Cyber Response with DNS Insights
Universal Internet Connectivity: Reality or Myth?
ROI Study: Economic Validation Report of the Anomali Threat Intelligence Platform