HP on Thursday announced its ProLiant Generation 9 (Gen9) servers, a new line that the company says will offer not only significantly better computing muscle, but also optimizations for cloud and software-defined environments.

After gaining expertise in the hyperscale market with its low-energy Moonshot servers, HP wanted to "move the needle on compute," Vineeth Ram, VP of product marketing for HP Servers, told InformationWeek. He said the Gen9 line will boast up to triple the compute capacity of earlier ProLiant models. He said that with the new models, HP hopes to address the trifecta of modern server demands: to more quickly deliver apps and services; to absorb and analyze skyrocketing amounts of data; and to reduce overall costs.

Gen9 systems will come in blade, rack, tower and scale-out options. They'll support the latest Intel Xeon chips and thus DDR4 RAM, which is likely a significant contributor, along with new PCIe acceleration, to the new servers' improved performance. Later this year, Gen9 will also support HP's OneView, which promotes software-defined management by converging server, storage, and networking into a single set of tools.

Ram said one of HP's big data-oriented customers used Gen9 in trials and reduced the time it takes to analyze 400 million transactions from 24 hours to less than two minutes. In a statement, Harry Gunsallus, executive VP and CIO of Redstone Federal Credit Union, said Gen9 helped the institution improve application development and deployment time by 30%, to 90 days on average, and to grow its tech consulting subsidiary by 50%. 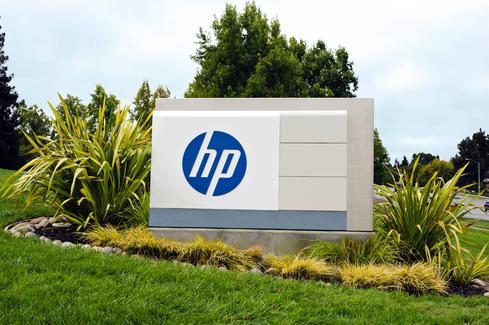 HP did not disclose Gen9 pricing, other than to state that costs would vary across models and configurations. Gen9 servers will be available September 8. HP promised to provide more details about its new technology during Intel Developers Forum, which will run September 9 to 11 in San Francisco.

[With new and more powerful hardware, is it time to Rethink Data Center Design?]

According to new figures released this week by research firm IDC, HP solidified its lead in the global server market in Q2 of this year. The company accounted for 25.4% of shipments, up from 25% in the year-ago period. HP's gains were evidently IBM and Dell's losses. IBM, which is currently selling its x86 server business to Lenovo, ranked second. It snared 23.6% of the market, down from 27% in Q2 of 2013. Third-place Dell shipped 16.6% of units during the quarter, down from 18.2% the year before, when it was still a publicly-traded company. Oracle and Cisco each claimed around 6% of the market. Overall, server shipments were up slightly more than 1%.

In a separate market share report, research firm Gartner came to broadly the same conclusions as IDC. Analysts expect sever growth to continue, driven by new technologies such as hyperscale; the introduction of Intel's new Xeon chips; and Microsoft's announcement that it will end support for Windows Server 2003 in July 2015.

If the world weren't changing, we might continue to view IT purely as a service organization, and ITSM might be the most important focus for IT leaders. But it's not, it isn't, and it won't be -- at least not in its present form. Get the Research: Beyond IT Service Management report today (free registration required).

Michael Endler joined InformationWeek as an associate editor in 2012. He previously worked in talent representation in the entertainment industry, as a freelance copywriter and photojournalist, and as a teacher. Michael earned a BA in English from Stanford University in 2005 ... View Full Bio
We welcome your comments on this topic on our social media channels, or [contact us directly] with questions about the site.
Comment  |
Email This  |
Print  |
RSS
More Insights
Webcasts
Unlocking the Ultimate Source of Truth in Cloud Security--Network Data
SecDevOps: Tying Security to Your Application Development Processes
More Webcasts
White Papers
DevOps for the Database
The Expanding Attack Surface: Don't Forget to Protect Your APIs
More White Papers
Reports
InformationWeek & Network Computing Report Round Up
The Drive for Shift-Left Performance Testing
More Reports

I have no doubt about the R&D capability of CISCO. I think it mainly depends on whether or not they can maintain the healthy trend and become profitable in modern IT infrastructure industry.
Reply  |  Post Message  |  Messages List  |  Start a Board

Cisco is a converged infrastructure play, with virtualization and networking built into the sale, which makes its 6% pretty impressive. But it looks like it's topped out about there.
Reply  |  Post Message  |  Messages List  |  Start a Board
Editors' Choice
Hot Topics

10 Trends Accelerating Edge Computing Cynthia Harvey, Freelance Journalist, InformationWeek,  10/8/2020
White Papers
DevOps for the Database
5 Questions Your Email Security Vendor Doesn't Want You to Ask
Preventing Unwanted Guests in Your Mailboxes
Account Takeovers - How Organizations Try to Prevent Them & Why it's Not Enough
SD-WAN or MPLS: Is it Time to Replace Your MPLS?