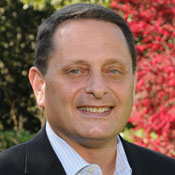 Success in soccer is based on hard work and talent. But at an elite level like World Cup 2014, data analytics can be the ultimate edge.

With all eyes focused on the riveting action on the soccer field in Brazil, it's easy to overlook the fact that every kick, pass, steal, and goal is just one in a series of more than 2,000 "events" that take place during each game.

In this year's World Cup, teams will benefit, not only from training, but from technology that analyzes each of those events in combination with data from sensors, video, and more to build an unbeatable strategy.

Like most businesses, soccer clubs face a data explosion, which is causing them to grapple with massive amounts of information from sensors, video feeds, social media, and other sources. To make sense of all this information, clubs are using new big-data analytics technologies to improve their team personnel and on-field performance.

[Data-driven management is all the rage in World Cup soccer. But what about intuition? Read World Cup Management: Data Or Intuition?]

For example, teams are using emerging tools such as goal-line and ball-tracking technology that can measure the tendencies of players in very specific situations. Additionally, video analytics technology uses keywords to detect and return specific audio and visual events from game video, allowing teams to retrieve video of relevant scenes and create a "highlights reel" for closer analysis of key game activities and tactics. 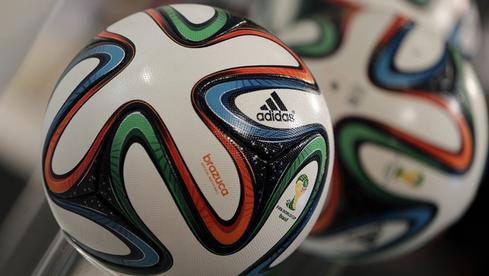 Effective data analysis can be used to improve a team's attacking prowess or nullify threats from opposing teams. Teams can crunch the data to discover that more goals are scored from in-swinging corners and adapt their play accordingly -- just as Manchester City did when they won the English Premier League in the 2011/2012 season.

How is all this game data tracked and collected? For the UEFA Champions League, cameras aren't just for promotional purposes anymore. The league works with STATS, a provider of sports data and analysis technology, to use its SportVU tracking system to track player movement and scoring opportunities through high-definition cameras that identify objects on the pitch, as well as extract 3D position data from both the ball and players to create a real-time data stream.

German club TSG Hoffenheim is placing sensors in shin guards, clothing, and even the ball itself to collect more than 60 million positional records per match, including speed averages, ball possession, and other player tendencies. Those records are then streamed, analyzed, and stored using SAP HANA, the in-memory data platform for real-time analytics, and used to build customized training applications that target the strengths and weaknesses of each player. The goal is to create the most efficient training plan, reduce the risk of injury, and ultimately boost game performance.

Data analysis tools can also help paint a picture around the numbers and uncover hidden trends in data that coaches and managers can actually use. For example, through data visualization technologies it's possible to convert separate pieces of data into web-like graphs that can be used to understand relationships and patterns. This type of analysis can help coaches explore the connections between game conditions and the team's performance, including how factors such as weather, time of day, travel schedules, team composition, and the frequency of injuries could affect the likelihood of a win.

On the wearable technology front, heart rate monitors and GPRS tracking systems can monitor how player health metrics such as the power in each stride, heart rate, and breathing affects different parts of the body. With this data, coaches can identify players who are in need of a rest to prevent injury or who need additional training to improve their fitness.

While it's true that success will always result from hard work, dedication, and ability, supplementing that with increasingly smart and real-time data insights will help soccer teams achieve the marginal gains that might just be the difference between winning and losing the World Cup.

Ron Kasabian is General Manager of Big Data Solutions for Intel's Data Center and Connected Systems Group. He is responsible for strategy, products and technologies for Big Data and Analytics solutions. Prior to this role, he was a senior member of the Intel IT Staff ... View Full Bio
We welcome your comments on this topic on our social media channels, or [contact us directly] with questions about the site.
Comment  |
Email This  |
Print  |
RSS
More Insights
Webcasts
People Are The Most Important Part of Autonomous SOC
Nip Ransomware in the FUD: Detecting Attacks Pre-Encryption
More Webcasts
White Papers
Dissonance in Data Security
Improving Security by Moving Beyond VPN
More White Papers
Reports
The State of Endpoint Security
Building the SOC of the Future
More Reports

Experience and hard work are the paths to winning in any sport, but what do you do when everybody is extremely talented, well-coached, the best of the best? You take performance-enhancing drugs. No, I'm kidding. You throw money at the problem and buy the best players. Kidding again (though that's worth doing if you have the cash). You ANALYZE THE DATA to find insights hidden to the naked eye and use them to your advantage.
Reply  |  Post Message  |  Messages List  |  Start a Board

It wasn't so long ago that techniques such as these were only available for the most esoteric design projects, and now they will be available to make elite athletes even better. We can expect a new round of word records, this time not due to steroids, as more and more sports organizations take advantage of these methods. I especially hope that through big data, a way can be found to reduce concussions in contact sports, such as football, without reducing the excitement for players and fans alike.
Reply  |  Post Message  |  Messages List  |  Start a Board

Exactly: analysis is key. If everyone has the bodies and the training down pat, then it's a matter of being the smarter, more efficient, and more effective player.
Reply  |  Post Message  |  Messages List  |  Start a Board

@Shane- Well, there's another thing you can do. You can do what the US did today and let someone else win for you so you can advance. :)
Reply  |  Post Message  |  Messages List  |  Start a Board

@Gary_El- I wonder whether big data will let us pass what we previously thought was the limit of human ability. I mean, i like at Usain Bolt. I don't see how even data can improve on that. What does he not do that data can find?
Reply  |  Post Message  |  Messages List  |  Start a Board

I think that's the whole thing about statistical analysis. The theory isn't there to support improvement, but statistics points out new ways anyhow. Then, it's up to theoreticians of all stripes to try to find an underlying reason to support the facts brought out in statistics. Of course, there may prove to be no way to improve on Usain's insane abilities, but maybe what he does can be quantified, and us lesser mortals can improve ourselves by imitating something he does.
Reply  |  Post Message  |  Messages List  |  Start a Board

@Gary_El- Ahh...now that Ic an see. I think data analysis can definitely "lift up the bottom." The part I'm struggling with more, I guess, is the idea of record breaking. But I supposed with no analysis, the fastest runner is only the one who stumbles on the right technique. Like the Fosbury flop in high jumping.

But with analysis someone who is naturally stronger or fitter but with bad technique can get better.
Reply  |  Post Message  |  Messages List  |  Start a Board

In this year's World Cup, teams will benefit, not only from training, but from technology that analyzes each of those events in combination with data from sensors, video, and more to build an unbeatable strategy. Soccer clubs face a data explosion, which is causing them to grapple with massive amounts of information from sensors, video feeds, social media, and other sources. Data analysis tools can also help paint a picture around the numbers and uncover hidden trends in data that coaches and managers can actually use. To make sense of all this information, clubs are using new big-data analytics technologies to improve their team personnel and on-field performance.
Reply  |  Post Message  |  Messages List  |  Start a Board

Using data analysis to improve technique and strategy, and hopefully reduce the need/desire for enhancement drugs is great and all that, but where does it end? And where's the fun?
Reply  |  Post Message  |  Messages List  |  Start a Board

@glenbren- I think it ends at a championship and that is fun. :)

No, I assume what you are saying is that it takes the people element out of the game in the form of a computer printout. I can see the complaint. But I think humans like to use tools to make their lives better. And this is a good tool. Ultimately, it is still people who kick the ball and make it happen.
Reply  |  Post Message  |  Messages List  |  Start a Board
Page 1 / 2   >   >>
Editors' Choice
Hot Topics