Hollywood trails other industries when it comes to using data to enhance its business decisions or improve the customer experience. Can the Video Genome Project help?

It's a lot easier to find cheap airfares or low insurance rates -- or just about anything else -- than to search for video content online. And the entertainment industry could do a lot better, said Xavier Kochhar, CEO of Structured Data Intelligence (SDI), a Santa Monica, Calif.-based video search startup.

In a keynote presentation on November 16 at the BigDataCamp LA 2013 conference in Los Angeles, Kochhar participated in a Q&A session with James Dix, a senior media and entertainment analyst with Wedbush Securities. Their topic, "Big Data in the Entertainment Industry," focused on the challenges of using big data to improve user experiences and bolster the industry's bottom line.

[Want to learn more about how Hollywood is tapping into big data? See 'The Hobbit' Creates Big Data Challenge For Moviemaker.]

When it comes to using data effectively, Hollywood is far behind other business sectors, said Kochhar.

In the airline industry, for instance, the Kayak travel app utilizes data in sophisticated ways to greatly enhance the user experience.

"Kayak is amazing," said Kochhar. "You can filter by route, by seat, by anything you want. I did a selection for a trip to Seattle, and right after I did, there was a dynamic price chart in real time, Saturday through Sunday."

The Kayak graph showed a week's worth of ticket prices for his Seattle flight, made it easy to see how prices would drop Tuesday before rising again on Thursday, and even recommended the best time to buy a ticket, he said.

As for online video search? Well, it's sort of a joke.

Example: Search for "car chase" in Netflix, and the results screen might include movies with the words "car" and "chase" in the title, or perhaps Chevy Chase's filmography.

"We sort of intuitively know there's probably more film, TV, and online videos that have car chases in them than what we get back" from Netflix search, said Kochhar.

YouTube, he added, has poor search tools as well, which is surprising for a service owned by the world's largest search company.

But is it really such a big deal if video search -- be it via Netflix, YouTube, Google, Bing, or sundry other online tools -- is sort of crappy?

Yes, Kochhar said, because people have a deeper emotional connection with video entertainment, including motion pictures, TV series, or even dancing cats on YouTube, than with products and services from other industries, most of which do a much better job of utilizing data. 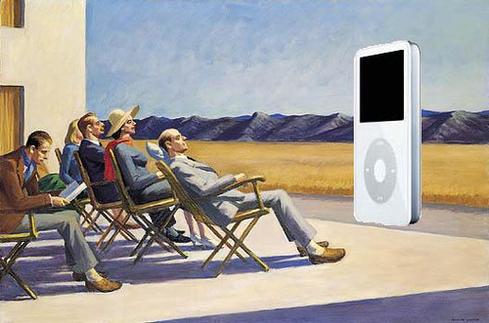 "Think about the relationship I have with my video content," he said. "It's arguably a recurring relationship... and it's an emotional relationship."

For instance, when the AMC television series "Breaking Bad" recently wrapped up its six-year run, fans of the show flocked online to discuss story lines, character arcs, and other show-related topics. They arguably had a deeper emotional bond with the series than with, say, their favorite airline or auto insurer.

"Users care more about our stuff, and we have the shittiest experience," said Kochhar. "That's a problem I strive... to solve."

The Video Genome Project, he added, is a fledgling part of that effort.

"It finds all the data on the World Wide Web, and along multiple data aggregators, on all aspects of video content," he said.

But VGP digs deeper to find more than basic information, such as a film's title, cast, crew, and runtime, Kochhar claimed.

Once you've "mapped the DNA" of this vast supply of video metadata, "you can do some amazing things with it," said Kochhar, who provided this hypothetical example:

"We can tell the Walt Disney Company, 'Every single time you release a video with that Princess Belle in it, and she's wearing a blue dress, and (you) release this video in the month of December against this media spend (and) on these distribution outlets, you see an 8% lift in your Orlando theme park popcorn sales.' "

VGP is still a work in progress, but Kochhar said the effort has been "received very, very well in Hollywood" thus far. In fact, one of his reasons for attending BigDataCamp LA was to attract tech talent to the project.

"We're looking for smart developers, people who want to change the world with how users consume and curate video content," he added.

Completely agree that users have a closer experience with video than other formats and video content is growing exponentially.  So we need a better way to search it.  If consumers do want a way to search for "car chase", do we have to wait for someone to manually add 'car chase' to the description of all movies with car chases?  What's really interesting is the technology that automatically looks inside videos to understand what they are about so that we don't need to rely on manually generated summaries anymore for searching - like when we moved from searching text files by filename or date to full text search.
Reply  |  Post Message  |  Messages List  |  Start a Board

Isn't IMDB home to a ton of Hollywood data? And what about movie ratings services like Rotten Tomatoes?
Reply  |  Post Message  |  Messages List  |  Start a Board
Editors' Choice
Hot Topics