Toyota Financial Services uses analytics to keep consumers in cars and minimize payment contract risk. And it has paid off.

Analytics is only as good as the data you start with. And Toyota found out the hard way.

Toyota Financial Services, Eddy said, thinks about itself as a technology company, though most people in the organization think about it as a customer service organization. The company provides financing and leasing options to car customers through Toyota dealers.

The Collections Treatment Optimization project, known as CTO3 because it's the third such system, helped Toyota Financial Services (aka Toyota Motor Credit Corporation) generate $10.8 billion in pretax income over the past five years. The project accomplished this by providing data-based guidance about automotive contract risk and responses to payment delinquencies. It helps customer service call centers decide what happens when a customer misses a payment. 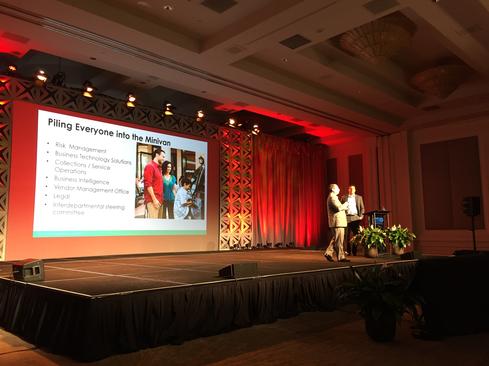 The goal of the project is to "be fair and consistent and effective to every single customer, every single time," said Bander, noting that CTO3 for the first time implemented prescriptive analytics rather than merely offering payment prediction without a recommended action.

To develop the project, Bander says the company relied on a Toyota Production System concept, Genchi Genbutsu, which is a Japanese phrase that means to go and see the place where work is to be done. He said he and half his team of data scientists sat in the customer service center for six months, looking at the problem, in order to understand how to achieve the project's three goals: minimizing credit losses, controlling operating expenses, and becoming a better partner dealers and customers.

Data preparation accounted for about 60% of the effort, according to Bander, who stressed that data is the foundation of any analytics project. "We really underestimated how much effort would be involved in data preparation," said Bander. "When we dug into it, we had so much data and so little information."

"If I had it to do over again, I would not have allowed IT to segment the data," said Bander. Instead, he said, he'd have hired statisticians sooner, because they're adept at separating signal from noise.

CTO3 took four years and $3 million to develop, but it helped the company prevent millions in losses. It also avoided 1,600 car repossessions and helped keep 10,000 customers from getting payment delinquencies on their credit records.

Thomas Claburn has been writing about business and technology since 1996, for publications such as New Architect, PC Computing, InformationWeek, Salon, Wired, and Ziff Davis Smart Business. Before that, he worked in film and television, having earned a not particularly useful ... View Full Bio
We welcome your comments on this topic on our social media channels, or [contact us directly] with questions about the site.
Comment  |
Email This  |
Print  |
RSS
More Insights
Webcasts
Building the SOC of the Future: Next-Generation Security Operations
ROI and Beyond for the Cloud
More Webcasts
White Papers
The 2020 Duo Security Trusted Access Report
Presenting Your Cloud Security Strategy to the Board
More White Papers
Reports
The State of Threat Detection and Response
Email Security Threat Report 2020
More Reports