Digital native companies like Dollar Shave Club were built on analytics. To compete, traditional consumer goods companies need to use analytics to get closer to their customers. 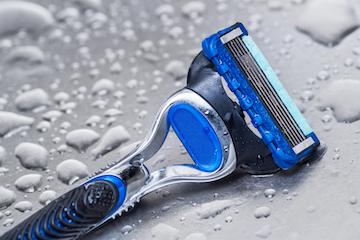 Consumer goods companies have reached a turning point in the understanding of digital transformation. They realize they need to make changes to do what's required to stay in business and succeed. They know that if they don't, their companies won't be able to compete with upstarts. Consider how Dollar Shave Club lit a fire under Gillette.

Consumer Goods Technology Editor Peter Breen told AllAnalytics that smaller, nimbler companies like Dollar Shave Club have changed the market. These types of companies are now capable of gaining traction and immediately making an impact on a category without having to build up a substantial enterprise behind them.

"Ecommerce and digital companies have let people start businesses without having to encumber themselves with building a company," Breen told me in an interview. He noted that one of the IDC authors behind the annual report likes to joke that people used to be able to start up a consumer goods company in their garages. With the advent of the technologies around digital transformations, they don't even need garages anymore. They have analytics. They have the cloud.

"These new companies base their business models on the analytics," Breen said. "They are collecting information about consumers. All the decision making is based on analytics. They start out much closer to the consumer."

Contrast that with traditional consumer goods companies. Breen says these older companies have built their brands through different means that, by comparison, actually distance themselves from consumers.

"They now have to find ways to close that gap and get themselves closer to the consumers as well. They way to do that is through the analytics of the data they collect," he said.

The Consumer Goods Technology/IDC report noted that one-third of consumer goods companies are benefiting from digital transformation today. So, for instance, Gillette, which was hurt by the market entry of Dollar Shave Club, has recognized the need to make changes, and has made them. But if one-third of companies are realizing the benefits, what is going on with the two-thirds that aren't?

"I think over time they will get there," Breen said. "We will lose some. But the bigger, established companies and long-term brands will still be around…Companies that don't address these issues and make the transition will be lost."

I asked Breen if he thought companies recognized what they needed to do.

"There's an acknowledgement out there that this needs to be done. It's not an option. It's not a nice-to-have. This is what is required to stay in business."

We welcome your comments on this topic on our social media channels, or [contact us directly] with questions about the site.
Comment  |
Email This  |
Print  |
RSS
More Insights
Webcasts
Protecting Your Enterprise's Intellectual Property
ROI and Beyond for the Cloud
More Webcasts
White Papers
How to Prioritize Risk Across the Cyberattack Surface
From MFA to Zero Trust
More White Papers
Reports
2020 Threat Hunting Report
Special Report: The Changing Face of Threat Intelligence
More Reports