The popular MongoDB NoSQL database is now available as a managed service on both Microsoft Azure and the Google Compute Engine, MongoDB Inc. announced on Tuesday at its MongoDB World event in New York.

MongoDB is already widely used in the cloud on Amazon Web Services (AWS), where some 40% to 50% of users access the document-oriented database, according to MongoDB. The exact number of MongoDB users is unknown, but the open source software has been downloaded 7 million times and has "tens of thousands" of regular users, according to the company, which develops and supports the software. There are more than 35,000 users of the company's cloud-based MongoDB Management Service for database administration.

[Want more on MongoDB partnerships? Read Teradata, MongoDB Get Their Databases Together.]

In addition to its use on AWS, MongoDB is available as a cloud service on IBM Softlayer and through database-as-a-service providers MongoLab and MongoHQ, among others. The Microsoft Azure and Google Compute Engine services will make the database easily accessible to vast new user communities, said Matt Asay, MongoDB VP of business development and corporate strategy at MongoDB. 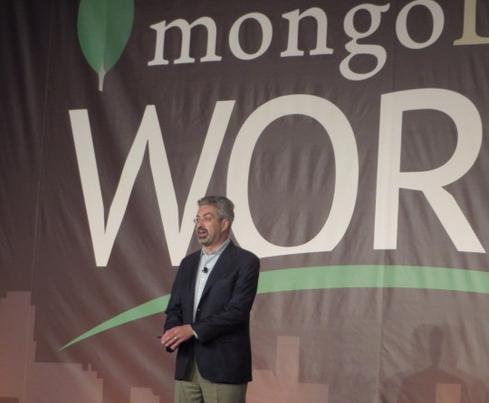 At MongoDB World, company CEO Max Schireson noted that MongoDB was created to cope with the data scale and variety encounted in "modern applications," whereas relational databases were born in an era when data was "neat and tidy."

"Today a 'big' application has millions of users engaging constantly through their mobile phones," Schireson said. "It’s not enough just to consummate a transaction. We expect to be able to build applications in months that used to take years, and we have to be able to update them weekly, daily, or even hourly."

Schireson highlighted MongoDB customers including Bosch, Citi, City of Chicago, and MetLife, and he said the $150 million in venture capital the company raised last year has fueled the development of advanced concurrency, storage, and management product improvements to be highlighted on Wednesday.

MongoDB has been stacking up powerful partnerships like cords of wood of late, inking deals with Cloudera, Microsoft, Google, Teradata, SAP, and Pentaho, among others, alongside existing partnerships with Amazon and IBM.

Doug Henschen is Executive Editor of InformationWeek, where he covers the intersection of enterprise applications with information management, business intelligence, big data and analytics. He previously served as editor in chief of Intelligent Enterprise, editor in chief of ... View Full Bio
We welcome your comments on this topic on our social media channels, or [contact us directly] with questions about the site.
Comment  |
Email This  |
Print  |
RSS
More Insights
Webcasts
Key technology trends in 2021 - Making these technologies work for your business
Optimizing App Performance in the Cloud
More Webcasts
White Papers
Why Add Security to Your Skill Set and How to Do It
Protection Strategies for a Cyber-Resilient Organization
More White Papers
Reports
The Infoblox Q4 2020 Cyberthreat Intelligence Report
Building an Effective Cybersecurity Incident Response Team
More Reports

There's a full house here on 6/24 at MongoDB World at the Sheraton Hotel in New York. More than 2,000 attendees -- so many that MongoDB had trouble getting started on time. It's an upgrade from the old MongoDB NYC event at the aging, over-crowded Pennsylvania Hotel at Madison Square Garden. There's also a bit more of a business veneer, but the developer throngs and gear heads are still in evidence.
Reply  |  Post Message  |  Messages List  |  Start a Board
Editors' Choice
Hot Topics

11 Ways DevOps Is Evolving Lisa Morgan, Freelance Writer,  2/18/2021
White Papers
Why Add Security to Your Skill Set and How to Do It
2021 SANS Cyber Threat Intelligence Survey
Intelligent Outcomes Are Key to Business Resilience
Are We Cyber-Resilient? The Key Question Every Organization Must Answer
How Hyatt Eliminated Bot Attacks Without Impacting their User Experience