The US soccer powerhouse uses wearable devices and data visualization to analyze the fitness levels of stars like Clint Dempsey.

Watching the 2014 World Cup this summer, weren't you a little in awe of how these guys ran non-stop for 90 minutes or more?

Of course they train hard for it, but more and more these days that training is a data-driven process steeped in technology. The coach who knows his team's fitness data may just have an edge.

Major league soccer frontrunner the Seattle Sounders FC have, like other pro teams in the NBA, NFL, and NHL, turned to using wearable devices and data visualization software to monitor player fitness and reduce injury risk.

[Could you use a visualization lift in your life and work? Read How Data Visualization Helped Me Run Faster]

Does technology explain why the Sounders have the best record in the MLS this year? Well, having Clint Dempsey on the roster might have something to do with it, too, but the technology does have a direct impact on how the World Cup star and his teammates train.

Before pre-season training this year, Sounders sports science and performance manager David Tenney and data analyst Ravi Ramineni took a hard look at fitness data from previous pre-seasons that they'd captured using wearable devices but hadn't analyzed as deeply as they should. 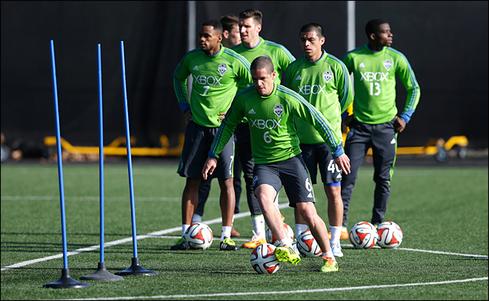 "We were able to see a correlation between distance and velocity training and injury," says Tenney. "We redesigned the pre-season around that data. There were thresholds we wouldn't cross with high-speed training because we know from the data that it can cause hamstring injuries."

Finding the sweet spot
During practices, Sounders players wear a tight-fitting vest under their practice jerseys containing two wearables: a device called the MiniMax S4 from Australian company Catapult Sports is attached in the back (between the shoulder blades), and a Polar heart rate monitor sits in the front. 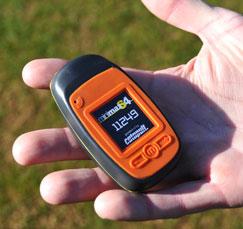 Tenney and Ramineni then download the data from both devices, storing it in a SQL server database and using Tableau data visualization software as the front end. With Tableau visual dashboards they can see the data and create their own metrics that they hand off to coaches. Coaches themselves are not mining data; they just see fitness category scores for each player.

The goal is to find what Tenney calls the sweet spot: the area where a player's training is enough to increase fitness but not so much that they risk injury.

"The Catapult device generates 370 columns of data," says Tenney. "It's up to us to hone that data using Tableau. The coaches don't want to look at

I saw many documentaries about injuries in football.  How many players retire with multiple injuries and can't function properly after their sports career ends.  The same it is said for wrestlers whom have to sustain multiple hits its over long periods of time.  These tools can at least minimize their injuries.
Reply  |  Post Message  |  Messages List  |  Start a Board

Injuries are the bane of an athlete's career, not to mention their team (if they belong in one) and to their fans, who can no longer see them play. So to say that less injuries is a good thing is definitely an understatement, lol.
Reply  |  Post Message  |  Messages List  |  Start a Board

There's definitely a rationale for analyzing fitness data to prevent injury/improve performance. But I also like the idea of sports transcending data. Strange things happen in competitive sports -- underdogs often defy the odds (and data) and win through chemistry and teamwork. And some players are just special. I remember Michael Jordan single-handedly winning an NBA finals game ... with the flu! Obviously, the data would say he's ill, take him out. He had another gear. But most players are not Michael Jordan, and need to find ways to stay healthy and competitive.
Reply  |  Post Message  |  Messages List  |  Start a Board

@CurtFranklin.  I agree the decreasing the chances of injury will really improve any game. As a fan, i'm displeased when my favorite athlete can't play because of injury.  As you said kurt, their performance will go up while decreasing their changes of injury.  Specially in football, where their bodies really take a beating.

I find the intersection of big data and sports depressing. I prefer "just do it" to measure it. It takes the mystery away and I think mystery has value, even though I know there's a rationale for it.
Reply  |  Post Message  |  Messages List  |  Start a Board

@RobPreston, can you imagine fantasy leagues if all this information becomes available to fans?
Reply  |  Post Message  |  Messages List  |  Start a Board

@ChrisMurphy, I think it's going to be interesting when they push the instrumentation both to the field and internally for the players. I know that some programs have athletes swallow RFID pills before practice -- pills that send temperature and other info to a receiver in the trainers' hands. With any luck we'll be able to lower heat-related and other stress injuries while watching performance go up.
Reply  |  Post Message  |  Messages List  |  Start a Board

At the InformationWeek Conference, the NFL CIO talked about the league experimenting with putting chips in shoulder pads, initially just to track the simplest things like playing time. She said once the fields get instrumented, that's when the data output will get really interesting.
Reply  |  Post Message  |  Messages List  |  Start a Board

I'm a soccer fan and this article was very interesting.  I think the use of big data in sports will grow even more if it hasn't done so already.  I read that a soccer team in NY has a data scientist on their coach staff.  I wonder whether other sports will follow suit.  Specially, in football where players have greater chance of injury.  I would think they would be the first one to adopted.  decreasing the changes of player injury helps the team and the player as well.
Reply  |  Post Message  |  Messages List  |  Start a Board
Editors' Choice
Hot Topics