IBM has released several APIs and opened a new global headquarters for its Watson IoT effort. Here's an update on the company's cognitive computing plan to use Watson to analyze IoT data.

Whether you call it "making an investment" or "placing a bet," IBM is doubling down again on its Watson cognitive computing platform and on its commitment to the Internet of Things (IoT).

IBM is setting up a global headquarters for its Watson Internet of Things effort in Munich, supplemented by eight customer experience centers for Watson IoT around the world. The company is also creating four new API services to connect IoT to Watson, covering natural language processing, machine learning, video and image analytics, and text analytics. The goal is to spur third-party development of industry-specific Watson apps. 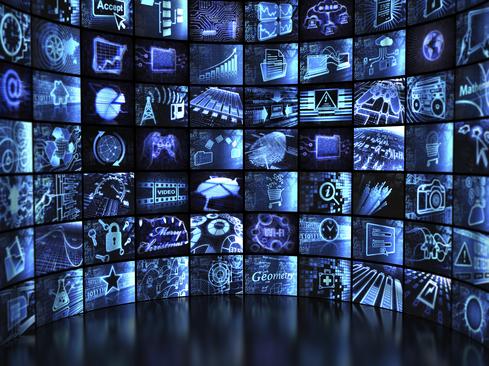 To put this in perspective, Karns compared Watson to IBM's other big data effort, which is more reliant on Hadoop clusters, Apache Spark, and a variety of analytical tools to wrangle data. This level of operation can be likened to handling a data stream flowing with the force of a fire hose.

"One of Watson's strengths is its scale," Karns said. It can handle multiple streams of data, sorting out the correlations as needed. For instance, when IoT sensors are used with operating machinery or systems they will generate hundreds of megabytes per second of status data that must be monitored and analyzed.

IBM's new Watson IoT announcements build on developments earlier this year. In March the company announced a plan to invest more than $3 billion over the next four years to build a dedicated IoT business unit staffed by more than 2,000 consultants, researchers, and developers. In October IBM announced plans to acquire most of the assets of The Weather Company, and said it would use many of those components to create a foundation for its IoT cognitive computing efforts, and as parts of the company's Insight cloud services.

[Need a reality check on Internet of Things? Read Gartner: 21 Billion IoT Devices To Invade By 2020.]

IBM's new Watson IoT Munich headquarters and regional hubs around the world will foster the integration of Watson with IoT. The Munich facility will be colocated with IBM's first European Watson innovation super center. IBM said the campus environment will bring together 1,000 IBM developers, consultants, researchers, and designers to work on solutions for IoT and Watson. Its location also puts it close to German manufacturing centers in Bavaria and the surrounding region.

On the API front, IBM is focusing on practical uses for Watson. A natural language processing API would enable an app to handle the spoken word as an input, relying on Watson to handle the query, comb various data sources for information that correlates with the query, and provide a recommendation.

An API for machine learning could pair Watson with an app to monitor mechanical systems in real-time, sorting through the data in order of importance for status updates.

Video and image analytics is another area where Watson can be used to determine how a past event provides context for a current problem. Security camera footage can become a data source -- logging accidents that can indirectly impact a current system.

Finally, crafting a solution using a text analytic API would allow Watson to sort through unstructured data, particularly maintenance and engineering notes that are entered by technicians during routine checks and repairs. Even approximate or descriptive remarks can be recognized by a cognitive system as a significant factor, once combined with other data.

In minor notes, IBM also announced two more IoT/Watson-based partnerships, one with Siemens Building Technologies and another with Verizon. Both relate to collaborations between the two companies and IBM to develop Watson-based apps that would optimize smart building operations for Siemens, and utilize device data from Verizon to craft Watson APIs for future apps.