Oracle's assertive cloud plans, and big weather plays from IBM and Amazon were among the top stories in big data for the week ending Oct 30. Here's a look at those developments, and other news from Microsoft, SAS, and more. 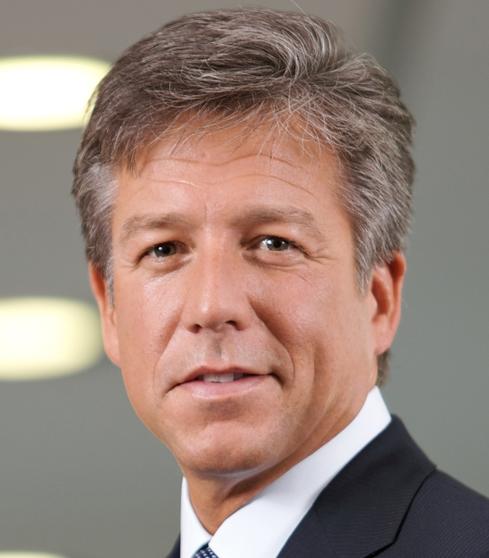 14 Creepy Ways To Use Big Data
(Click image for larger view and slideshow.)

Oracle and IBM dominated big data and analytics this week, though Microsoft Azure, SAS, and others had their fair share of announcements as well.

Oracle pushed its cloud agenda hard this week at its OpenWorld event in San Francisco, promising to be the only provider that could offer the exact same applications both on-premises and in the cloud, including analytics. Oracle used its OpenWorld event in San Francisco to make its intentions clear on the cloud, with keynotes from CTO Larry Ellison and CEO Mark Hurd. Another keynote from Oracle President Thomas Kurian delivered on the promise with a series of announcements of cloud database services.

Meanwhile, IBM made it clear that actually owning the data is an important component of its overall analytics strategy with its acquisition of The Weather Company.

IBM used its Insight2015 even in Las Vegas  as the venue for the to announce its Weather Company acquisition. Big Blue plans to use the analytics, cloud, and forecasting components available from The Weather Company as part of the foundation of IBM's Internet of Things and Watson cognitive computing efforts. IBM made a series of other announcements at Insight, including the expansion of its Watson ecosystem to include six new partners, and a partnership with Jasper. IBM also said it would open its cloud to support Apache Spark as a service on Bluemix.

Not to be outdone by IBM's weather acquisition, Amazon Web Services (AWS) announced this week that its newest public data set is real-time and archival NEXRAD weather radar data, according to Ariel Gold, who wrote about the news on the AWS Official Blog. The Next Generation Weather Radar is a network of 160 high-resolution Doppler radar sites that detect precipitation and atomospheric movement and disseminate data in five-minute intervals. "This is the first time the full NEXRAD Level II archive has been accessible to the public on demand," she wrote "A wide range of customers have expressed interest in this data, including insurance providers, climate researchers, logistics companies, and weather companies."

SAS also used its conference to focus on cybersecurity -- one of the key IT uses of analytics. SAS also announced it will merge its two fall analytics conferences into one next year.

At the same time Dell announced it will make its Statistica advanced analytics platform available for free to all US college students and professors. The news came a week after Dell provided details about the newest update to the software, version 13.

Microsoft this week posted a long product roadmap blog about SQL Server 2016. Pointing out that it's been positioned as a Leader in Gartner's Magic Quadrant for Business Intelligence and Analytics platforms for eight years running, Microsoft expressed its intent to bring together tools to make cloud and on-premises solutions align. In a blog post attributed to its SQL Server Team, the company said: "We are aligning our cloud and on-premises solutions. It is our intent that your reporting technology investments and expertise will transfer across these deployment modalities so you can easily mix and match on-premises and cloud components, and benefit from our unique hybrid scenarios." This hybrid message reminds us of Oracle's hybrid cloud statements earlier this week.

Jessica Davis is a Senior Editor at InformationWeek. She covers enterprise IT leadership, careers, artificial intelligence, data and analytics, and enterprise software. She has spent a career covering the intersection of business and technology. Follow her on twitter: ... View Full Bio
We welcome your comments on this topic on our social media channels, or [contact us directly] with questions about the site.
Comment  |
Email This  |
Print  |
RSS
More Insights
Webcasts
Key technology trends in 2021 - Making these technologies work for your business
Hybrid Cloud: The Great Balancing Act
More Webcasts
White Papers
Why Add Security to Your Skill Set and How to Do It
Sunburst: Impact and Timeline
More White Papers
Reports
The State of Threat Detection and Response
How Data Breaches Affect the Enterprise (2020)
More Reports

>>  NYT article on it said explicitly that IBM would not say how much it's paying.

Good question @jastroff The NYT article on it said explicitly that IBM would not say how much it's paying.
Reply  |  Post Message  |  Messages List  |  Start a Board

Does anyone know how much IBM paid for the Weather Company? They say it's "valued" at $2B, but that's not what they paid for it --

Reading the headline, I wondered if IBM had actually made a weather-related acquisition, or if I'd missed the debut of another new cloud buzzword (thank god not). Once I read a little further, my memory was jogged; they've been involved in partnerships with The Weather Company for some time, right? I recall the Weather company switched out their on-premises website hosting for something more elastic. Seemingly strange bedfellows at first glance, but when you think about it,  it requires huge number crunching, absolutely needs reliable uptime, and is a great showcase for predictive analytics. I'm looking forward to what comes out of it
Reply  |  Post Message  |  Messages List  |  Start a Board
Editors' Choice
Hot Topics