IBM sales are down in China, but the company is doubling down with a 10-year initiative to address the country's energy and environmental problems.

Led by IBM's China Research lab and embraced by the Beijing Municipal Government, Green Horizon will apply IBM's cognitive computing, predictive analytics, and Internet of Things expertise to air quality management, renewable energy forecasting, and energy optimization for industry. The goal is sustaining economic growth while simultaneously meeting rising energy demands and easing China's worsening environmental problems. But it's a good question whether technology from IBM or any other US tech vendor will be embraced amid chilly relations between the US and Chinese governments.

China is widely seen as retaliating against US surveillance programs led by the NSA by curbing purchases from IBM, Cisco Systems, Microsoft, and other US firms. IBM's sales in China declined by 23% in 2013, and in May the Chinese government announced a review of domestic bank use of high-end servers from IBM. That review came one week after US prosecutors indicted five Chinese military officers for allegedly hacking into the computers of US companies.

IBM's history in China dates back to 1928, reemerging after post-World-War-II periods when China was entirely closed to foreign companies. IBM declined to say how much it's investing in Green Horizon, but it's part of what one executive described as a long-term commitment to doing business in that country.

"China is the second-largest economy in the world, and the US and China will be neck-and-neck for the foreseeable future," said Brad Gammons, general manager of IBM's Global Energy and Utilities Industry, in a phone interview with InformationWeek. "It's going to continue to be strategic for IBM, even through rough patches like the one we're in now." 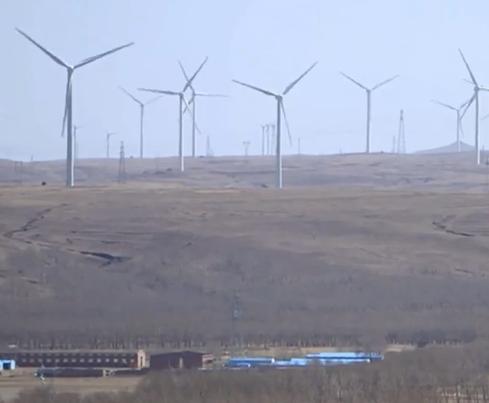 One of 30 wind farms in China said to be using IBM predictive capabilities for performance tuning and energy output forecasting.

The initiative addresses areas where China is actively investing and seeking assistance. For example, the Chinese government has increased investment in alternative solar, wind, hydro, and biomass energy sources in hopes of decreasing dependency on polluting fossil fuels, according to IBM. In this vein, IBM has already shown success in China with a renewable energy forecasting system that helps energy grids manage alternative energy sources.

"We've been working on that project for three years, and we now have 30 wind farms in China using that system for renewable forecasting," said Gammons, who has been stationed in China for more than five years. The technology involved includes predictive modeling, tuning, and forecasting of turbine performance and output given local terrain and prevailing winds, he said.

The city of Beijing is investing more than $160 billion to improve air quality and deliver on a target of reducing particulate matter by 25% by 2017, according to IBM. To support this initiative, IBM says it's partnering with the Beijing Municipal Government on a system to pinpoint the type, source, and level of emissions and predict air quality in the city. Green Horizon builds on existing IBM intellectual property created through IBM projects including the Smarter Cities and IBM Research Optimized Energy Systems initiatives.

"We have 30 researchers working on energy in China and more than 100 across the globe that focus on optimizing energy consumption," said Gammons. "We're studying everything from acquisition to the end use of energy, and China has been pretty open to say they are asking for innovation and investment from around the world to help them solve these problems."

In a third example of hoped-for investment, the Chinese government has committed to reducing the country's carbon footprint by 40% to 45% by 2020 compared with 2005 levels. Here IBM is developing a system to monitor, manage, and optimize the energy consumption of power-hungry steel, cement, chemical, and industrial plants.

Whether short-term political relations get in the way of Chinese investment or not, IBM expects to take advantage of whatever it learns through Green Horizon, as energy and environmental management are global, long-term concerns.

"This is making use of existing technology, enhancing that technology, and innovating in a critical areas," Gammons said. "When we invest strategically, we tend to come up with repeatable solutions that produce commercial results."

This is pretty impressive: "the Chinese government has committed to reducing the country's carbon footprint by 40% to 45% by 2020 compared with 2005 levels."
Reply  |  Post Message  |  Messages List  |  Start a Board

One point is that IBM already has smart-grid, power forecasting, and polution-tracking technologies -- so it's not in the "work the kinks out" stage. What's more, whatever IBM learns in China implementations will likely be usable elsewhere.
Reply  |  Post Message  |  Messages List  |  Start a Board

So the Lenovo link doesn't buy IBM any goodwill in China?!

Maybe by the time IBM irons out the kinks in this Green system, the US will have woken up and smelled the carbon and be ready to invest.
Reply  |  Post Message  |  Messages List  |  Start a Board
InformationWeek Is Getting an Upgrade!