IBM has announced it will acquire most assets of The Weather Company, including its data, analytics, and cloud capabilities. Here's how Big Blue will leverage them as part of its Insight and Internet of Things businesses.

IBM now owns the weather. Well, almost. In a deal that signals a major shift to selling insights generated from owning both data and analytics, IBM announced plans to acquire several pieces of The Weather Company's assets and use them in a foundation for its Internet of Things (IoT) cognitive computing efforts and as parts of the company's Insight cloud services announced earlier this week. Terms of the deal were not disclosed.

"I think [this deal] signals a major shift from IBM in their software business," Brian Hopkins told InformationWeek in an interview. Hopkins is vice president and principal analyst for enterprise architecture at Forrester Research. The Weather Company deal gives IBM the data for insights about everything geophysical going on with the planet, he said. It also moves IBM into a new business.

There's not a lot of growth on legacy tech products such as DB2, Hopkins said. "The growth is in these insight services powered by cognitive technology that has the data, the content," he said. "It's a completely new business model."

Such information could offer big value to organizations whose operations are effected by weather conditions, such as insurance companies, retailers who see slowdowns during bad weather, and any company focused on transporting goods or people from one place to another. Those are merely the obvious ones.

IBM noted that weather is one of the single largest swing-factors in business performance, impacting one-third of the world's GDP. It's responsible for about a half trillion dollars in impact in the US alone. Then there's the scope of the data owned by The Weather Company.

"The Weather Company’s extremely high-volume data platform, coupled with IBM’s global cloud and the advanced cognitive computing capabilities of Watson, will be unsurpassed in the Internet of Things, providing our clients significant competitive advantage as they link their business and sensor data with weather and other pertinent information in real time," said John Kelly, senior vice president for the IBM solutions portfolio and research, in a prepared statement. "This powerful cloud platform will position IBM to arm entire industries with deep multimodal insights that will help enterprises gain clarity and take action from the oceans of data being generated around them." 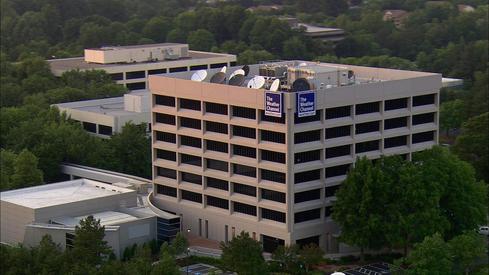 The Weather Company's models analyze data from three billion weather forecast reference points, more than 40 million smartphones, and 50,000 airplane flights per day, IBM said in the statement. It offers a broad range of data-driven products and services to more than 5,000 clients in the media, aviation, energy, insurance, and government industries.

The announcement today builds on one from earlier this week at IBM's Insight conference in Las Vegas – the introduction of IBM Insight Cloud Services -- essentially, an insight-as-a-service offering. These can be accessed in several ways, IBM said, including via APIs for developers and via IBM Insight Data Packages for Weather.

IBM announced new bundled data sets from IBM and The Weather Company customized for specific industries and available on the IBM Cloud. Data feeds include real-time alerts for severe weather, seasonal forecasts, and other information. IBM said use-cases could include insurance companies warning policy holders of hailstorms that could cause property damage and helping utilities forecast demand and identify likely service outages.

This is not the first time IBM has acquired a company that owns a data stream. In April, IBM announced plans to buy Explorys, a company that it said owns one of the largest clinical data sets in the world.

Deals like that one and today's Weather Company acquisition signal a new move in the marketplace.

"This deal is a recognition of the economic value of data," Hopkins said.

I was led here from your other article that mentioned the IBM/Weather Company acquisition. It could wind up an interesting footnote, or it could be quite a smart strategic move. The Weather Company might not seem like a hot brand (pun not intended), but it has quite a large footprint in terms of consumer base and mindshare - when most older people think weather, that's who they think of, and as a result, it's not surprising they have such a huge mobile install base. IBM can have a direct hand in all the IoT, Big Data, Predictive Analytics, and cloud-related functions that weather is sure to be involved in. If they want to roll out something new, they already have tons of customers to put it in front of now.
Reply  |  Post Message  |  Messages List  |  Start a Board

Speaking of direction in the re-org, many organisations continue without a clear solid direction. And this is one of the reasons of failure. A recent relevant case: YAHOO
Reply  |  Post Message  |  Messages List  |  Start a Board

The test of time will reveal if IBM identified the perfect turnaround, once again for its business.


One thing is clear, data and content, is key.  They also have the infrastructure.  The trick is whether they can make it meaningful and capitalize on it.

IBM is in a race against itself. It has to ramp up efforts like Watson, Internet of Things and Cloud much faster than its decline in legacy lines, like service, hardware and software. And it has to do this while short-term investors nip at its heels like a pack of ravenous jackals.

The good news is that IBM has identified its growth areas and is making meaningful investments and acquisitions that will help in its strategic re-orientation. Other IT companies in turnaround are clueless about what course to follow.
Reply  |  Post Message  |  Messages List  |  Start a Board

I think it's a good move on IBM's part. They already had a solid big data platform and all the necessary capabilities. All they needed was to extract more value out of their product which they did through this purchase. The data they have obtained combined with their platform should make one very useful application in the area of weather forecasting. Let's see how strongly they are able to come up with something in this domain.
Reply  |  Post Message  |  Messages List  |  Start a Board

IBM didn't share what they paid for The Weather Company, but they said it was part of their ongoing $3B investment in Internet of Things. I'll be watching their next earnings report to see if we get some more visibility on the price paid. The Weather Co. acquired Weather Underground in 2012. As a weather nerd myself, I'm curious to find out if IBM will change the open, crowdsourced model.

IBM bought a large corpus of established data, as well as the information flows that keep it current. It's interesting that it can be of use for businesses and the consumer, which puts IBM back in the consumer market in a different way than before.

Let's see if they can make it work with Watson. They have a long way to go to make that data into use pieces of information for everyone.
Reply  |  Post Message  |  Messages List  |  Start a Board

Very interesting read.  Is IBM onto something new?  IBM has been on the forefront of re-identifying their business.  From hardware, to services, to consulting.. and now the move into data.


It'll be interesting to see how others will perceive this.

So, how much did IBM pay for the Weather?
I didn't know the Weather Underground was part of the Weather Company. Read and learn, I guess.

"IBM noted that weather is one of the single largest swing-factors in business performance, impacting one-third of the world's GDP. It's responsible for about a half trillion dollars in impact in the US alone."
These are huge numbers. But they make a lot of sense when you think about it
Reply  |  Post Message  |  Messages List  |  Start a Board
Editors' Choice
Hot Topics