50%
Tweet
The deal gives IBM access to ARM's IoT sensor technology and provides developers better and faster ways to analyze and process the data once it has been collected.

Real-Time Analytics: 10 Ways To Get It Right
(Click image for larger view and slideshow.)

IBM keeps building up its Internet of Things effort, announcing this week a partnership with ARM, the world's leading foundry for RISC chip-based IoT sensors.

The deal, which the two companies announced Sept. 3, calls for out-of-the-box compatibility between ARM embed-enabled devices and IBM's IoT platform, formally known as IBM IoT Foundation. This connectivity should enable the development of tools capable of analyzing IoT data streams.

It will also allow access to IBM Bluemix, Big Blue's platform-as-a-service offering, as well as a new security platform empowering users to set their own levels of data security.

"Our strategy is to work with industry standards, to be able to connect devices of multiple types and forms," said Chris O'Connor, IBM's general manager of IoT. "We are very purposefully reaching out to people like ARM."

Before the agreement, it might take an integrator weeks to master the knowledge, gain trial experience, and figure out how to make the standards work when building the bridge between the device and the IoT platform, O'Connor explained. With standardized connectivity, "any engineer can do this in hours," he said.

IBM has no overlap with ARM's product offering, so the two companies can partner without worrying about stepping on each other's turf. 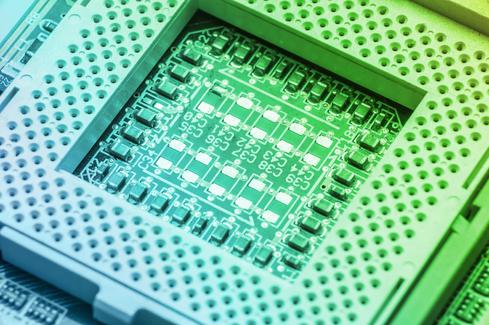 "IBM does not build embedded sensors, nor are we trying to build the software," O'Connor said. Likewise, each kernel of software is made to run on its dedicated sensor. "ARM is the expert in doing this," O'Connor noted.

The IBM IoT platform is designed to aggregate, organize, and analyze the incoming sensor data as the user sees fit, O'Connor continued.

Particularly notable here is security. IBM provides the protocols and switches that allow the user to secure data in the cloud, secure the connection between the senor and the software platform, or secure the sensor devices themselves. Users will have a guide that tells them which security method is ideal for a particular need and what the systems overhead will be for that choice, O'Connor explained.

There are three layers to IBM's IoT capability. The first is connectivity, which is embodied in Thursday's ARM announcement, O'Connor said. That effort is ongoing.

Concurrently, IBM wants to encourage and enable development of IoT solutions among the developer community. At this level, developers will figure out optimal usage and configuration of sensors and the information they transmit to data centers.

The third layer is "transformation," when analysis of the aggregated data changes the way corporate users do business, O'Connor described. All three of these layers will continue to change over the next five to ten years, he added.

"The client interest IBM sees in the Internet of Things has exceeded our plan's expectations," O'Connor continued. This is forcing IBM to speed up its IoT implementation twice as fast as planned, he said, without going into further details.

[Read about how Intel is investing in IoT.]

IBM's Internet of Things effort was announced last March, with the company setting aside $3 billion to invest in IoT solutions over the next four years. Competition in this sector is not limited to IT companies exclusively, since Siemens, General Electric, and Hitachi are all crafting IoT solutions.

ARM, based in Cambridge, UK, is a $1.2 billion maker of microprocessors used for everything from smartphones to TV set-top boxes. The company makes particular use of RISC-based processors given their lower power needs, greater efficiency, and lower heat output, ideally suited for mobile applications.

The Big Problem with IBM(as anyone who has tracked IBM continously from more than 5 years will tell you) is that they have been on this Great Path for a long-long time but have never ultimately reached the destination.

In the rush to become a one-stop Services shop ;nobody really knows what they Good and in which space.

Everything is way too confusing and convoluted inside Big Blue today.

Sure they can achieve something really-really awesome in this space if they manage to gain traction but on the other hand it could very well get lost in the massive maze of Crazy Bueracracy that is IBM today.
Reply  |  Post Message  |  Messages List  |  Start a Board

Whenever I look at IBM I am always confused.

They always have more than 2 sets of Products focussed on more or less the same space consistently.

Which product does one choose?

What's worse is their Sales-rep constantly just focusses on inundating us consumers with information rather than help in establishing effective use cases which will be beneficial to us consumers going ahead.

I won't be surprised if IBM falls in the same Bracket again with this IoT Push.

Who was the smart fellow who said it-When you try to Cross a river with each leg in one Seperate boat;you usually fall down??

I feel IBM is facing the same fate here as well.

It would have been so much better if they would have spun off a IoT focussed Division which is just geared in this one singular space.

ARM as you rightly pointed out have nothing to lose here.

If nothing else this will be a good Marketing case for them(using IBM's Enormous Marketing muscle).

IBM has been marketing a smarter planet for years now, and IoT is one path to make that happen. Since IBM doesn't really focus on hardware anymore, it's smart for them to work with ARM on this.

For the most part, ARM just licenses its technology, and you can see the focus on that pays off for them. Seems like a very intuitive pairing to me.
Reply  |  Post Message  |  Messages List  |  Start a Board

The partnership between IBM and ARM could create the basics for entering a potential billion dollar sectors of the IoT. Energy creation, distribution and efficient consumption seem to be one of the huge gain areas of the IoT. If the platform, sensors and analytics is in place then, economics will decide if energy is the first major success of the IoT or initially another sector holds greater value.
Reply  |  Post Message  |  Messages List  |  Start a Board

I believe IBM is trending up along the right path. For IoT, the essence is not just data gathering but more importantly, the velocity and effectiveness of data analytics - it will decide how fast the system can react to the changes in surrounding environment.
Reply  |  Post Message  |  Messages List  |  Start a Board
Editors' Choice
Hot Topics