The WebScaleSQL branch of MySQL built by Facebook, Google, LinkedIn, and Twitter is about to get an upgrade. Facebook broke the news on Monday while announcing it's taking a memcached tool open source and spearheading a new TODO group aimed at promoting open-source development.

Introduced to the world in March, WebScaleSQL is an open-source, Web-scale branch on top of Oracle's publicly available MySQL Community Edition. The brand was developed by partners Facebook, Google, LinkedIn, and Twitter, all of which are big users of MySQL and all of which had been struggling with scaling the open-source database for their massive, Web-scale needs.

The WebScaleSQL release to be available later this week will upgrade an existing Global Transaction ID feature in MySQL 5.6 that isn't living up to Web-scale needs for replication and high availability at scale, according to Jay Parikh, VP of infrastructure engineering at Facebook.

"Global Transaction ID is a base feature, but we found, as we were trying to run it at Facebook, that there were several things that weren't worked out in terms of being able to run it at the kind of scale that the [WebScaleSQL partners] run at," said Parikh. "We've worked on bug fixes, making it faster, and making it more operationally sane to run at scale."

Facebook also announced that it is taking a memcached tool it developed called mcrouter into open source. Mcrouter is a memcached protocol router that Facebook uses to handle "all traffic to, from, and between thousands of cache servers across dozens of clusters distributed in Facebook data centers around the world," according to a statement from the company. The tool is able to handle nearly 5 billion requests per second at peak loads, according to Facebook. 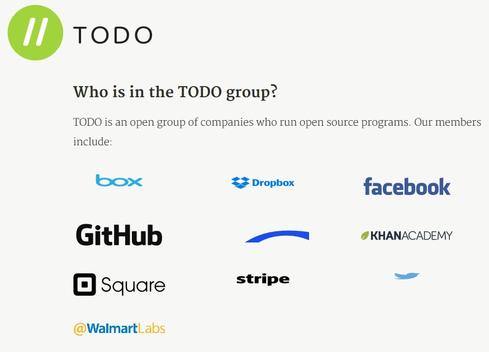 In another announcement at this week's @Scale 2014 conference in San Francisco, Parikh announced the formation of a Talk Open, Develop Open (TODO) group being launched to address the challenges of consuming and running open-source software. The group, which will gather online at todogroup.org, is being launched with support from companies including Box, Dropbox, Facebook, Google, GitHub, Khan Academy, Square, Stripe, Twitter, and Walmart Labs.

"We're working on how we can make open source better," said Parikh. "We want to raise the bar in terms of how we can improve the quality and types of open-source projects there are. We want to make it easier to consume open source, and if you want to do open-source work, but you don't know where to get started, the TODO Group is going to help you."

Doug Henschen is Executive Editor of InformationWeek, where he covers the intersection of enterprise applications with information management, business intelligence, big data and analytics. He previously served as editor in chief of Intelligent Enterprise, editor in chief of ... View Full Bio
We welcome your comments on this topic on our social media channels, or [contact us directly] with questions about the site.
Comment  |
Email This  |
Print  |
RSS
More Insights
Webcasts
SecDevOps: Tying Security to Your Application Development Processes
Using Artificial Intelligence, Deep Learning and Machine Learning for Cyber Defense
More Webcasts
White Papers
DevOps for the Database
2020 SANS Enterprise Cloud Incident Response Survey
More White Papers
Reports
The Future of Multi-Cloud Networking 2020
The Drive for Shift-Left Performance Testing
More Reports

Now, it looks like Facebook, Google, Twitter and LinkedIn have realized they need to collaborate for them to overcome the challenge of utilizing MySQl. They are all extensive users of MySQL and they all face the same challenges when operating MySQL at a scale. WebScaleSQL is certainly going to endow the partners with a database technology customized for their uses and enhance performance.
Reply  |  Post Message  |  Messages List  |  Start a Board

WebscaleSQL looks like its leapt scalabiltiy barriers and become the MySQL version of the future. Interesting that it it's a set of modules sitting on top of Oracle MySQL. It's a set of enhancements, not a fork. And it's probably a goal to keep it that way, which may or may not be possible.
Reply  |  Post Message  |  Messages List  |  Start a Board

The smushed bird in the picture is the Twitter logo while the stripe represents, you guessed it, Stripe, the payments vendor.
Reply  |  Post Message  |  Messages List  |  Start a Board
Editors' Choice
Hot Topics