Dun & Bradstreet partners with FirstRain to pull unstructured data from Twitter along with web newsfeeds and incorporate them into the corporate data it sells.

Dun & Bradstreet, a large seller of corporate data, is adding FirstRain's unstructured data to the 220 million companies it has in its databases. The deal, announced Tuesday, means that customers of data sources like Hoover's and D&B Profile will now get Twitter mentions and other near-real-time references from the web and other social media services.

"We have an enormous amount of structured data, but we don't have Twitter feeds, news on the web, none of that integrated holistically to provide a 360-degree view of a company," says Laura Kelly, Dun & Bradstreet's chief product officer. Kelly tells us the deal will put Hoover's "on steroids for us." She says it could increase deal sizes by 12% and decrease the sales cycle.

Even so, D&B says it will not increase the cost of its products.

"This separates D&B from the pack," says Harry Henry, VP of the marketing, media, and analytics practice at Outsell, a market research firm in Harwich, Mass. Henry says there was a raft of competitors offering data on companies, but D&B is ahead now in adding social media data. "If I'm a major account manager going after a Ford or Citibank, I've got all my stuff in one place -- the profile, size, executives, and now I know what people are talking about in the market and what they've just announced. Letting people see the analytics of this is very helpful."

[Having data isn't the problem -- figuring out what it means is. See Data Fog Blinds Marketers.]

Henry is surprised D&B did not increase prices and says it indicates just how competitive the market for corporate data has become.

He agrees that sales executives and their teams can save time and be able to react more quickly to opportunities. He expects D&B's competitors to respond quickly, but notes that FirstRain was one of the earliest and best-regarded collectors of social media data. 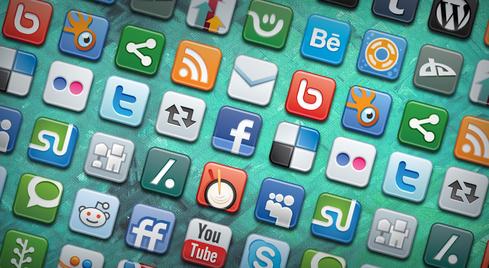 Kelly says D&B had put out a request for proposal in the summer after deciding it would get a new product to market faster if it partnered with another firm. D&B and FirstRain have partnered on smaller ventures.

FirstRain pulls data from most web sources, including newsfeeds, company websites, industry journals, and blogs. It applies analytics to these sources to pick items of highest relevance to businesses.

One source it does not include is Facebook. "We did an analysis of Facebook and decided it was not business relevant for B-to-B companies," says Penny Herscher, FirstRain's CEO. She says the company has built up its analytics expertise over 10 years, especially in machine learning and relevance weighting.

She also says FirstRain doesn't crawl sites like Pinterest or Tumblr, but it will pick up syndication feeds, which register across multiple platforms.

The new service has been available since the first of the year. D&B waited to announce it until it was comfortable that it was working well.

Michael Fitzgerald writes about the power of ideas and the people who bring them to bear on business, technology, and culture.

We welcome your comments on this topic on our social media channels, or [contact us directly] with questions about the site.
Comment  |
Email This  |
Print  |
RSS
More Insights
Webcasts
Protecting Your Enterprise's Intellectual Property
How Elite Analyst Teams are Transforming Security with Cyber Reconnaissance
More Webcasts
White Papers
How to Prioritize Risk Across the Cyberattack Surface
The 2020 Duo Security Trusted Access Report
More White Papers
Reports
IDC FutureScape: Worldwide Digital Transformation Predictions
How IT Security Organizations are Attacking the Cybersecurity Problem
More Reports

You get your facts and figures from D&B -- the balance sheet, the org structure, the SIC codes, etc. You also get the official stuff: press releases, earnings news, deal insight, personnel moves. With this deal you can count on getting what the social stream -- Twitter, LinkedIN, Facebook -- has to offer on company. It's not just fluff. This could be insider insight on top executives, the status of deals, the mood within the company, the competition, etc. A nice rounding out of the insight made available.
Reply  |  Post Message  |  Messages List  |  Start a Board
Editors' Choice
Hot Topics