Big data is supposed to yield big, new insights. How about this one: Everything you know about managing IT is wrong.

Take motivating employees: money is not the most important thing. The idea that people respond only to financial incentives, or some other reward that works for our own best interest, is at best a half-truth put forward by economists.

"Everybody tries to manage things with economic incentive; you reward people for doing well and penalize them for not doing better," Pentland said in a phone interview.

What works better is to realize that people are social animals. We respond to exchanges not of money, but of interactions and favors."You do things for people, they do things for you, and that stuff is actually more powerful than economic incentives," Pentland says.

Big data underlies his argument. Pentland has spent the last decade looking at massive data sets from cellphone companies, social networking companies, and other sources, sometimes an entire country's worth of data. He's also devised and runs experiments at MIT, his home university, looking in-depth at people's phone and email interactions, then devising algorithms predicting things such as when people might date or would be good job interview candidates. His research is often provocative, and counterintuitive. 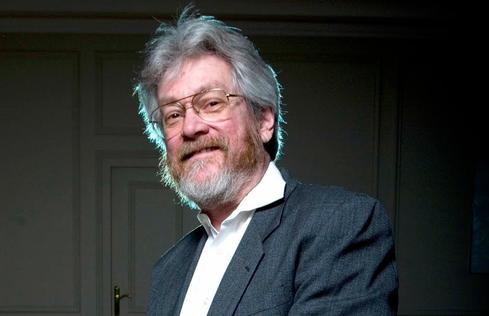 In his perch at MIT, Pentland gets access to data from social network deployments that fail to get much traction with users. What he's found is that memos from the CIO or some other boss saying, "Hey, use this great solution!" don't help with adoption. What works far more consistently is when peers invite them. Pentland says CIOs should foster usage of new tools by rewarding employees for getting multiple people to use the tools, or reduce costs, for example.

That's because the group influences us in profound ways. Pentland suggests that the data show rational behavior is not about self-interest, but group interest.

Pentland says taking a proactive step toward opening up data for customers will give companies a double benefit: They will get credit from their customers, and they'll likely get more specific data given to them by those customers.

Social physics is about idea flow, ultimately. Pentland argues that using group incentives helps foster idea flow inside the company, and being more open means customers will ship data and ideas from outside the company. It's a formula for better business. What CIO doesn't want to run that number?

You can use distributed databases without putting your company's crown jewels at risk. Here's how. Also in the Data Scatter issue of InformationWeek: A wild-card team member with a different skill set can help provide an outside perspective that might turn big data into business innovation. (Free registration required.

Michael Fitzgerald writes about the power of ideas and the people who bring them to bear on business, technology and culture. View Full Bio
We welcome your comments on this topic on our social media channels, or [contact us directly] with questions about the site.
Comment  |
Email This  |
Print  |
RSS
More Insights
Webcasts
How Elite Analyst Teams are Transforming Security with Cyber Reconnaissance
ROI and Beyond for the Cloud
More Webcasts
White Papers
Centralized Security Policy Management Across Hybrid Cloud Environments Should be an Obvious Strategy
A Practical Guide to SASE Migration
More White Papers
Reports
Evolution of Ransomware Gangs
IDC FutureScape: Worldwide Digital Transformation Predictions
More Reports

Indeed. That would fit with Pentland's argument. It will be interesting to see how economists respond.
Reply  |  Post Message  |  Messages List  |  Start a Board

According to this article, what they really want is meaningful work:

For decades, Americans have ranked purpose as their top priority—above promotions, income, job security, and hours. Work is a search "for daily meaning as well as daily bread," wrote Studs Turkel after interviewing hundreds of people in a striking array of jobs.


When people craft their jobs, they become happier and more effective. In an experiment at Google, colleagues and I invited salespeople and administrators to spend 90 minutes doing the Job Crafting Exercise—they mapped out ways to make their tasks and interactions more meaningful and contribute more to others. Six weeks later, their managers and coworkers rated them as happier and more effective. When they developed new skills to support more significant changes, the happiness and performance gains lasted for at least six months.
Reply  |  Post Message  |  Messages List  |  Start a Board
Editors' Choice
Hot Topics