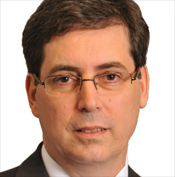 Michael Rappa, Executive Director, Institute for Advanced Analytics
In 1999, when Michael Rappa first proposed a master of science in analytics (MSA) degree at North Carolina State University, his idea fell on deaf ears. "We didn't get traction until 2005," he told InformationWeek.

But by 2006, with the marketplace waking up to a looming shortage of professionals trained to work with increasingly large, fast-moving and diverse kinds of data, the Institute for Advanced Analytics had come into existence, with Rappa as its director.

Famous as the first place in the United States to offer a MSA degree, the Institute today graduates some 80 students a year from its 10-month program.

"It's been a great success," Rappa said. "Today our students are, as a group, the university's most sought-after and highest paid graduates, on a scale comparable to the best universities in the country."

But even with dozens of other schools now offering MSAs, demand for data scientists still outstrips supply.

"The tools are advancing amazingly, and data is everywhere, but the missing element is producing people who can bring it all together," Rappa said.

InformationWeek spoke to Rappa in August.

Name and title: Michael Rappa, Executive Director of the Institute for Advanced Analytics and Distinguished University Professor in the Department of Computer Science at North Carolina State University.

Tenure at job: 25 years as a university professor, 15 years at North Carolina State, and seven years as institute director.

Career accomplishment of which I'm most proud: Leading the creation of the nation's first master of science in analytics (MSA) degree program, and over the last six years growing it from 20 to 80 students annually. It's seldom an opportunity in universities when you can design an entirely new degree from scratch, literally lecture-by-lecture, not just in terms of the content, but also organizationally.

Decision I wish I could do over: As a long-time Mac user, not buying APPL in 2004.

My most important career influencer: Dr. James Goodnight, CEO and co-founder of SAS, a visionary in the development of analytics tools and solutions and benefactor of the Institute.

Most disruptive force in my industry: In education, it's learning technologies, such as those that enable MOOCs. Also, economic forces in higher education. We're coming to a critical juncture, with escalating tuition costs and student debt. You have to have educational programs like ours with a demonstrable track record for delivering student outcomes. The ROI, at least on graduate professional education, is critically important.

Biggest misconception about big data: What's most interesting about big data is its "bigness." I'm more interested in how data from disparate sources are being tied together in creative and useful ways that yield interesting new insights. I am also interested in how data can be used quickly -- in real time, when possible -- to make decisions on the fly.

The reasons big data projects go wrong: Not starting with a clear focus on the business problem. One of the most challenging tasks is translating a business problem into an analytical framework. Some problems are well-defined because they've been worked on for years. However, big data is opening new opportunities to address certain kinds of problems in ways we've never before explored.

A promising technology: It's incredible how fast technology is advancing in areas like high performance analytics and data visualization.

Michael Rappa At A Glance
Education: Ph.D. in technology management, University of Minnesota; B.A. in economics, Union College, Schenectady, N.Y. Person I'd most like to have lunch with: The Archivist of the United States. I'd love to get an insider's view of the little-known but most fascinating tidbits of information we've preserved as a nation. First job: Delivering newspapers on a bicycle. If I weren't involved in data analytics: Perhaps I would do something entrepreneurial, like reinventing business models on the Web or work in government.

We welcome your comments on this topic on our social media channels, or [contact us directly] with questions about the site.
Comment  |
Email This  |
Print  |
RSS
More Insights
Webcasts
SASE: The Right Framework for Today's Distributed Enterprises
Managing a Hybrid Cloud Infrastructure
More Webcasts
White Papers
2020 SANS Enterprise Cloud Incident Response Survey
The Top 5 Mistakes Everyone is Making in Vulnerability Remediation
More White Papers
Reports
Are We Cyber-Resilient? The Key Question Every Organization Must Answer
Building the SOC of the Future
More Reports
Copyright © 2021 UBM Electronics, A UBM company, All rights reserved. Privacy Policy | Terms of Service