Big Data And ROI: An Uneasy Pairing For CIOs - InformationWeek

"I don't know" is not the answer CIOs want to give when the board of directors asks what the return on investment (ROI) will be for any IT project.

However, that response is honest and accurate when discussing big data projects. IT executives need to understand the challenges that these projects present and craft strategies to minimize any potential negative impact.

However, such metrics are seldom clear at the start of a big data project.

Big data is the practice of mining large sets of data with the hope of discovering valuable business insights. Consequently, at the project's start, the potential benefits are largely uncertain, and only become clear as the project unfolds. 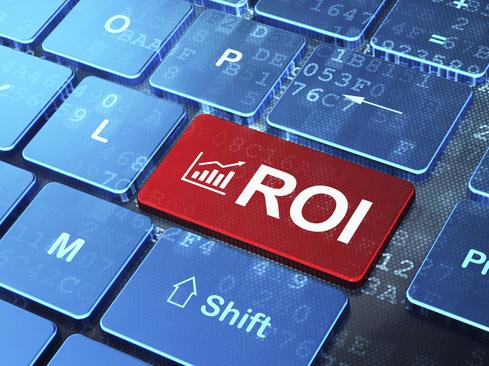 In fact, big data application development is an iterative process that requires patience.

"A corporation may start down 19 different tracks before hitting pay dirt on the 20th attempt," said Nick Heudecker, research director at Gartner.

As a result, big data seldom offers a quick and easy way to determine ROI. As evidence, Wikibon, an open source research firm, found that the ROI on today's big data projects is about 55 cents on every dollar.

In other words, corporations are investing a lot more than they are getting back.

Yet, big data is one of the fastest growing applications. So why are organizations moving ahead with these projects? In many cases, IT has no choice. "Departments have the budget and the ability to bypass IT and roll out new big data projects on their own," said Gartner's Heudecker.

As CIOs have come to understand, shadow IT is thriving.

Having corporate data floating around on departmental systems is potentially a security and compliance nightmare. A growing number of compliance regulations require that firms put checks in place in order to secure sensitive information. Business units typically lack the expertise and desire needed to identify and protect such data. The end result is one in which applications are deployed with gaping security holes that only IT can close.

Rather than wrangle with business units over issues like shadow IT, CIOs seem to be willing to make a deal with the devil. Increasingly, they are diving blindly into big data deployments. Market research firm Gartner found that 41% of companies fund big data projects without knowing what their return will be.

This approach means businesses may continue to invest in projects that deplete rather than enhance the bottom line. So how can the CIO avoid costly big data overruns?

IT needs to work with the business units and convince them to start small with a limited, proof-of-concept big data project. "In many cases, companies can piggyback on existing pools of data and limit their initial big data investment," said Samer Forzley, managing director at Marketdrum.com. "There is no need to immediately buy a new Hadoop database and the infrastructure needed to support it."

[What happens where data science meets IT?]

Once the project gets moving, the firm needs to examine its internal business processes. Were those steps put in place because it was proven they are efficient, or was the process based on managers' assumptions?

An energy company may have assumed that sending out a technician to maintain its transformers every six months would keep them functioning for as long as possible. With Internet of Things technology maturing, the utility firm can now collect granular usage and performance information on the devices and develop big data applications to determine if those assumptions are correct.

If a business eventually hits pay dirt, the potential benefits are significant.

Wikibon found that corporations expect to reap paybacks of three to four times their initial investment. In sum, big data projects require that CIOs think outside the box and rewrite the traditional ROI rules they have followed when deploying new applications. The payback comes near the end, rather than at the start of the project.

Paul Korzeniowski is a freelance contributor to InformationWeek who has been examining IT issues for more than two decades. During his career, he has had more than 10,000 articles and 1 million words published. His work has appeared in the Boston Herald, Business 2.0, ... View Full Bio
We welcome your comments on this topic on our social media channels, or [contact us directly] with questions about the site.
Comment  |
Email This  |
Print  |
RSS
More Insights
Webcasts
Detecting and Preventing Insider Data Leaks
Hybrid Cloud: The Great Balancing Act
More Webcasts
White Papers
Trustwave Global Security Report
Accelerate Threat Resolutions with DNS
More White Papers
Reports
Protection Strategies for a Cyber-Resilient Organization
Building the SOC of the Future
More Reports

ROI is always a challenge. However, if the IT organization takes a methodical approach rather than trying to boil the ocean, it's not as dificult as it seems from the onset.  Organizations need to start with proofpoints that can build confidence and ensure that the stakeholders continue to provide needed support. It's this type of confidence that allow the business to ask and address what issues are most problematic for the organization as a whole. Peter Fretty, IDG blogger working on behalf of SAS.
Reply  |  Post Message  |  Messages List  |  Start a Board

The IOT, and Big Data in its present form, are brand new sciences. The potential gain is almost unimaginable. It's hard to look at money going out the door with only small payback, but the game has just begun. Those who make the investment now will reap the benefit many times over in days to come.
Reply  |  Post Message  |  Messages List  |  Start a Board
Editors' Choice
Hot Topics