Buying is an emotional act. That's why you need machines.

Persado, a machine learning company, claims its algorithmic copywriting produces better direct marketing response rates than ad copy penned by humans. The company was founded on December 12, 2012, a date associated with a trinity of dozens because, "We're all about math," said director of marketing Julia Spano.

Machines already write prosaic financial news and sports reports, with the help of companies like Automated Insights and Narrative Science. But writing compelling ad copy, arguably a creative endeavor, ought to be difficult for machines.

As an example of what Persado does, consider two Verizon Wireless email campaign messages. One opened with, "Stay connected in a whole new way. Upgrade to a smartphone today." Another opened with, "Congrats, we're pleased to reward you for your loyalty. You've earned it, now enjoy it." 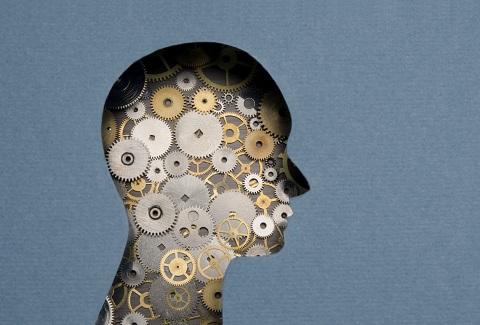 Whether people respond to marketing messages is often a matter of emotion, according to Atlas. By encoding and categorizing the terms used in marketing pitches, Persado has constructed an emotional classification system -- a taxonomy -- that it can use to assess the sentiment evoked by specific ad copy and the relative likelihood those feelings will prompt an ad recipient to respond.

Atlas describes the algorithm developed by his company as "a math problem that solves for the most persuasive message."

"You now have the mathematical insights at a word and phrase level about which emotions are driving response," said Atlas.

Nonetheless, Atlas doesn't believe Persado will factor humans out of the copywriting equation. He likens his company's system to a spell-checker that frees marketers from details, allowing them to focus on the bigger picture. AI can also stand for augmented intelligence.

Persado makes a persuasive case for automation as a way to increase revenue, and for the general value of machine learning to IT organizations.

Thomas Claburn has been writing about business and technology since 1996, for publications such as New Architect, PC Computing, InformationWeek, Salon, Wired, and Ziff Davis Smart Business. Before that, he worked in film and television, having earned a not particularly useful ... View Full Bio
We welcome your comments on this topic on our social media channels, or [contact us directly] with questions about the site.
Comment  |
Email This  |
Print  |
RSS
More Insights
Webcasts
Zero Trust for a Work-From Home World
Nip Ransomware in the FUD: Detecting Attacks Pre-Encryption
More Webcasts
White Papers
Why Add Security to Your Skill Set and How to Do It
5G-Enabled Edges of Tomorrow Require Converged Network and Security
More White Papers
Reports
Are Unprotected Cloud Databases Leaking Your Data?
DNS Network Traffic Volumes During the 2020 Pandemic
More Reports

It doesn't seem like a spell checker, but more like a sort of "writers block" eliminator. After the thing pumps out an ad, the copywriter doesn't have to start from scratch, rather (s)he will have a starting point to work from. The question is, will it provide a decent starting point.

Of course, whether ads are created by human hand or machine, it still won't be sufficiently effective on consumers like myself who use ad blockers and other add-ins to stop the bandwidth suckers from slowing down my internet connection/wasting my time.
Reply  |  Post Message  |  Messages List  |  Start a Board

They came up with two subject lines? Great. I'd love to actually see how they do it, but their website says nothing. Smoke n mirrors.
Reply  |  Post Message  |  Messages List  |  Start a Board
Editors' Choice
Hot Topics