What Rubber Bands Can Tell Us About Enterprise AI - InformationWeek

If we pay close attention to how AI is falling short and leaving humans with extra work, we can see exactly where the future lies (and how to get there).

Imagine visiting the control room of a metals company. You’re there to discuss asset performance and process optimization. During the visit, you see on a desk a computer mouse wrapped in a rubber band.

On the nearby computer screen, the cursor hovers over an icon that a person would click to acknowledge an alarm triggered by the automated system tracking the thousands of sensors placed throughout the company’s facilities. 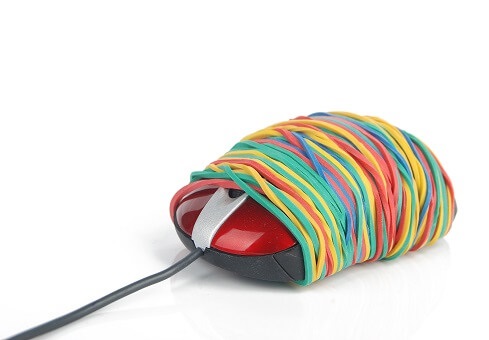 It seems it would never be clear to the person sitting in that chair if there was a serious problem or not. The alarms just would keep sounding off as production work proceeds apace. I’ve seen variations of this vignette too many times, and it gets at the heart of artificial intelligence and the way humans need to interact with AI.

The human who put the rubber band on the mouse dealt ingeniously with the problem of the alarms crying wolf constantly. Rather than grab the mouse every few seconds to acknowledge the alarms, they put the band around to keep it permanently left-clicking. That’s the resourcefulness of the human spirit and intellect. It was out-of-the-box thinking I suppose. It also made me realize the extent to which AI and the Internet of Things need to make industrial processes run much more efficiently.

There’s been a lot of talk and hyperbole about AI taking people’s jobs. As the rubber band shows, however, machines have a long way to go before they can replace individuals who perform a multitude of functions in a workplace, bringing value that can’t be quantified easily. AI has facilitated automation, but AI that uses thousands of models and sensors to monitor a process lines can become overwhelmed with data, triggering alarms that humans ignore.

The doomsayers who fear robots are so capable that they will take everyone’s job are overstating the case, in other words. That said, AI is improving enough quickly. The job now is to make it so control room workers at metals companies and other humans benefit from it. How can AI serve as a tool that empowers people to be more productive in industry, not just in social media?

AI has moved from first-generation shallow learning and handcrafted features to second-generation deep learning, which has been effective at learning patterns. This is where the industrial world has been in terms of prediction. If you have not defined the pattern, you are not going to catch the unknown unknowns. We have now entered the third generation of AI, which is machine reasoning driven -- where the machine can interpret, even if it has not been defined. The latest AI, when implemented correctly, is able to comprehend the unknown unknowns that are part of any industrial process.

Today, for example, we can use process and high-frequency vibration data to track asset health, monitor operations in near real-time and recommend preventative maintenance based on predictions of future malfunctions. This tracking has produced a fire hose of data that we’re learning how to handle better by combining AI with sophisticated FMEA prediction and prescription.

For humans to work closely with AI, they need to want to work with it. And to want to work with it, AI has to be interactive. It needs a user interface that is human-centric, unlike the system that gave rise to the computer mouse wrapped in a rubber band. AI also must be explainable. People need to know and understand what it does. Lastly, it must be verifiable. They need to see its tangible benefits. Companies that can achieve those three conditions can create a loop where humans depend on the advantages of AI while the machine acquires more learning with every task it performs.

It is also the case that AI cannot be understood and used only by data scientists. The subject matter chemical, mechanical and electrical engineers must learn and embrace AI just as they have done with sophisticated Excel macros, Autolisp, MatLab, Python scripting and many other tools that have enhanced chemical and mechanical engineering. Today the ratio between data scientist versus subject matter engineer deeply embracing AI is 95% to 5%, respectively. Over the next five to seven years, this ratio will flip.

The 2030s will see the fourth generation with AI machines that are learning to learn and will dynamically accumulate new knowledge and skills. By the 2040s, fifth-generation AI will see imagination machines that are no longer reliant on humans to learn.  We already saw this with DeepMind’s AlphaGo Zero that beat the AlphaGo 100 to 0 as it learned on its own and had no human bias. Think about what this will mean to asset and plant performance. 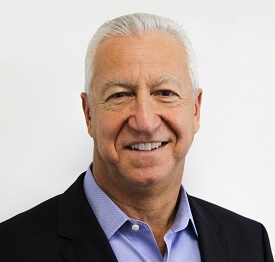 Dominic Gallello is the CEO of industrial internet of things and enterprise artificial intelligence company Symphony AzimaAI. His career includes 11 years at Intergraph, leading the company's businesses in both China and Japan. He also served as an executive for 10 years at Autodesk, as EVP Asia/Pacific, establishing and running the Mechanical Division and later served as EVP for all design and engineering related products. He is on the Corporate Member Advisory Committee for Aviation and Aeronautics for the American Institute of Aeronautics & Astronautics (AIAA) and is a member of the Society of Automotive Engineers (SAE) Industry Leadership Coalition.

The InformationWeek community brings together IT practitioners and industry experts with IT advice, education, and opinions. We strive to highlight technology executives and subject matter experts and use their knowledge and experiences to help our audience of IT ... View Full Bio
We welcome your comments on this topic on our social media channels, or [contact us directly] with questions about the site.
Comment  |
Email This  |
Print  |
RSS
More Insights
Webcasts
Data Protection Strategies and Secrets - 12/10 @ 11am EST
Defense and Response Against Insider Threats & User Errors
More Webcasts
White Papers
5 Key Steps for Assessing Your Security Effectiveness
Driving Immediate Value with a Cloud SIEM
More White Papers
Reports
The Future of Multi-Cloud Networking 2020
Building an Effective Cybersecurity Incident Response Team
More Reports