Data, analytics, and the artificial intelligence (AI) technologies that they enable may be the stars of enterprise investments in strategic technology. But in spite of the high status of these technologies in business and industry, it's been a rocky few years. From the fall out of Cambridge Analytica's 2016 US election efforts, to the continuing Facebook privacy issues coming to light, to the fear of jobs lost to automation and AI, there's a lot of concern out there when it comes to data.

Gartner executive analysts acknowledged the negativity and laid out some principles to allay those concerns at the Gartner Data & Analytics Summit in Orlando, Florida this week. 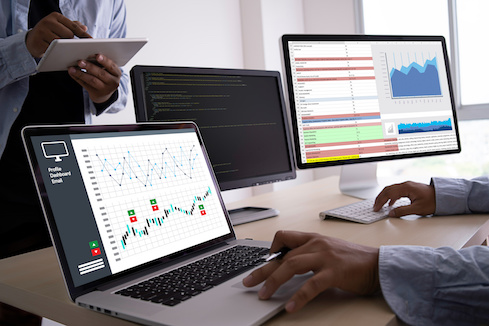 "Are we creating an optimized world of automation, or are we making humans obsolete?" asked Carlie Idoine, in the opening keynote address which she delivered along with fellow Gartner executive analysts Valerie Logan and Donald Feinberg. "Whether we like it or not, algorithmic decision making is coming. How much we should fear or rejoice is a matter of great debate."

There's evidence that being a data-driven organization leads to greater business success, according to Feinberg. Gartner analyzed thousands of corporate earnings calls over the last 5 years and has seen a massive spike in data-related terms in these calls in the number of times the words "data analytics" are mentioned. It has grown from about 5,000 in 2014 to over 16,000 in 2018. What's more, companies with more than 200 mentions of those words grew revenues over 12% more than their industry peers.

But sometimes the best intentions can lead to unintended results. Feinberg recounted the story of Continental Airlines, several years ago, recognizing one of its highest costs was fuel, created a metric to track fuel consumption. The airline rewarded pilots for using less fuel, and pilots worked to reduce fuel consumption. However, they accomplished this by flying slower and being extra-frugal with the air conditioning. Those unintended consequences of Continental's fuel economy plan led to declines in customer satisfaction.

"Too often, organizations measure what is easy, rather than collecting new data to create more insightful metrics," Feinberg said. In Continental's case, a smarter plan may have called for rolling out a small trial to test the program for unintended consequences before rolling it out to the entire fleet.

Feinberg offered the following three principles to help organizations navigate the challenges and pitfalls of striving to be a data driven organization.

While privacy concerns aren't new -- consider that HIPAA is 23 years old -- we are now paying closer attention to them, according to Logan.

"In a world of AI, we are recognized by the journeys we take, by our faces, our voices, even the way we walk, no permissions required," she said. "We are unable to opt out because we never opted in."

But while so much of our data is no longer private, there are sets of principles that organizations should follow when it comes to privacy. Logan recommends that enterprises be the guide and the guardian of customer data. She offered the following information and advice:

The human fear of being replaced by a machine isn't anything new, but artificial intelligence is raising the stakes of that concern today.

"Apocalyptic AI tends to be the perception until people see AI in action in a business context," said Idoine.

Gartner envisions a world where artificial intelligence enhances the work that humans do by automating boring, manual tasks and leaving the creative work for humans. It is forecasting that by 2021, 25% of digital workers will use a virtual employee assistant on a daily basis. For those organizations getting ready for AI, Idoine offered the following information and recommendations:

Jessica Davis is a Senior Editor at InformationWeek. She covers enterprise IT leadership, careers, artificial intelligence, data and analytics, and enterprise software. She has spent a career covering the intersection of business and technology. Follow her on twitter: ... View Full Bio
We welcome your comments on this topic on our social media channels, or [contact us directly] with questions about the site.
Comment  |
Email This  |
Print  |
RSS
More Insights
Webcasts
Hybrid Cloud: The Great Balancing Act
Nip Ransomware in the FUD: Detecting Attacks Pre-Encryption
More Webcasts
White Papers
Aligning Cyber Skills to the MITRE ATT&CK Framework
Anatomy of a Modern Phishing Attack
More White Papers
Reports
Key Strategies for Managing New Risks in Cybersecurity
How Data Breaches Affect the Enterprise (2020)
More Reports