Watson Assistant will be delivered via IBM partner devices such as electronics embedded in cars and apps branded by hotel companies. Beyond customer engagement and service, the real value to these partners will be in the data they collect about customers and how they use it to customize customer experience.

Amazon has Alexa, Apple has Siri, Microsoft has Cortana, Google has Google Assistant. As a member of the general public, you could ask any of those AI interfaces a question, depending on what device you owned -- iPhone, Echo, PC, or Android -- and most of the time get a coherent answer. These digital assistants have become the emerging user interface.

IBM Watson is also an AI platform that can answer questions, but it has always been in a different category. Sure, it's been known to the general public, probably first through its triumph over Jeopardy champ Ken Jennings. 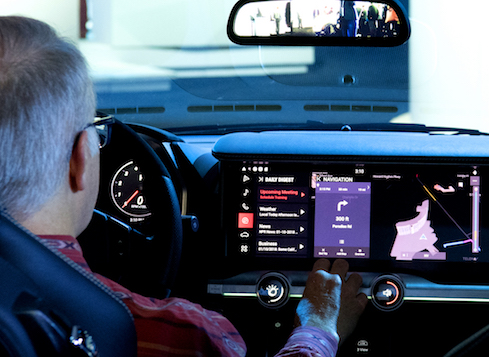 But as a member of the general public, unless you were Alex Trebek, you couldn't really ask Watson questions (or answers) yourself. Watson was reserved for business customers and serious inquiries into healthcare and IoT.  Or was it?

At its Think conference in Las Vegas this week, IBM announced Watson Assistant, a voice-activated interface that gives consumers access to the Watson AI. While it may seem new to most of us, IBM Watson IoT VP Bret Greenstein told InformationWeek in an interview that IBM has been quietly offering these capabilities for several years now. For instance, this assistant has powered the lighting and other environmental controls in Philadelphia's Jefferson Hospital's recovery rooms. This assistant was also the power behind office supplies retailer Staples' "Easy Button" that enabled customers to easily order and reorder products.

"We did many early versions," Greenstein said. "Now we are announcing it as a formal product."

The timing is no coincidence. Greenstein said that there's an inflection point now where enough people have "conversational things" in their home to make the idea of a conversational interface familiar and comfortable. Alexa and Siri have paved the way.

IBM's deployment model is a little different from the other assistants, however. You won't be able to download an IBM Watson app directly from IBM, Greenstein said, or buy an IBM smart speaker. Instead, IBM is offering Watson Assistant to business/technology partners who will incorporate it into their own offerings. Those offerings will then be offered to consumers. For instance, an automobile company could embed the assistant in the car dashboard. One early partner is automotive embedded electronics company Harman. Hotels may offer the assistant in a mobile app that consumers can use to control the experience in their hotel rooms in terms of lighting, music, and other features.

The service is delivered through the IBM Cloud, and IBM says it also incorporates contextual elements, such as delivering particular experiences to consumers based on their location and time of day, anticipating their needs and proactively making recommendations, the company said. For instance, a traveler may be listening to certain music in her rental car. Watson Assistant could then ensure that same music is playing in her hotel room once she checks in.

The virtual assistant capability is not just about better engagement with and service to end customers, Greenstein told me. It also enables these companies to collect data about their customers. And as we all know, data is the new oil. Businesses can use the data collected about customers to improve the services they offer customers.

"Learning about you as a consumer lets a company build a more personalized, customized experience for you," Greenstein said.

Jessica Davis has spent a career covering the intersection of business and technology at titles including IDG's Infoworld, Ziff Davis Enterprise's eWeek and Channel Insider, and Penton Technology's MSPmentor. She's passionate about the practical use of business intelligence, ... View Full Bio
We welcome your comments on this topic on our social media channels, or [contact us directly] with questions about the site.
Comment  |
Email This  |
Print  |
RSS
More Insights
Webcasts
How Elite Analyst Teams are Transforming Security with Cyber Reconnaissance
Building the SOC of the Future: Next-Generation Security Operations
More Webcasts
White Papers
How to Prioritize Risk Across the Cyberattack Surface
The Insider's Guide to IP Geolocation Data During COVID-19
More White Papers
Reports
The Malware Threat Landscape
Are Unprotected Cloud Databases Leaking Your Data?
More Reports
Copyright © 2021 UBM Electronics, A UBM company, All rights reserved. Privacy Policy | Terms of Service