The role of a chief data officer increasingly makes its way into companies across the globe. But even as their ranks grow, CDOs often face resistance from colleagues who may feel threatened by data results. Here are four tips on how to become a more effective CDO.

Companies across the globe are recognizing the importance of gleaning data to gain further insight into the organization's own business and improve the way it executes. But Chief Data Officers (CDOs) are likely to face resistance from co-workers who fear the data may not put them in the most favorable light. And the result could potentially affect the ability of the organization to make the most of the data gleaned.

In a report released Thursday, Gartner delved into the topic of "How Chief Data Officers Can Make Progress With Business Stakeholders Who Don't Engage."

"A stakeholder who is not data literate, or who may feel threatened by the data results, may show a range of resistance," Alan Duncan, research director for Gartner's data and analytics group, told InformationWeek. 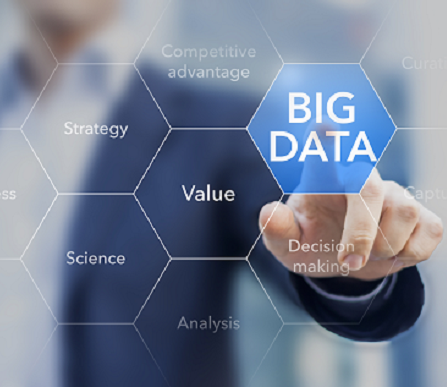 These business stakeholders can come from a range of areas within and outside of an organization, such as the marketing, finance, and business operations departments, or outside vendors. For example, the marketing department may not be receptive to hearing that the six months they put into their advertising campaign did not produce a fraction of the results they desired based on the data gathered.

"Data chiefs must navigate and get participation. That is why it's a leadership position role, rather than a technology role," Duncan said.

The number of CDOs has soared to approximately 1,400 today from roughly 100 two years ago, he noted. Also, they largely come from a business strategy, business analytics, or some other background with a leadership role, vs. rising up through the ranks of the IT department, he added. Interestingly, only 9% of CDOs have an IT or tech background.

The role of the CDO is to set the agenda of what is to be done with the data that is gleaned and execute on that strategy, Duncan said. He added that a CDO's role is to create a collaborative and connected interpersonal working environment, in which various departments and business stakeholders work together to take advantage of what the data shows.

Duncan noted that businesses that operate in a hierarchical fashion are becoming passé and tend to miss the opportunity to leverage the data that is collected because of the lack of a collaborative environment.

In assessing the challenges that CDOs face in getting various business stakeholders to sign aboard, Duncan noted that broadly speaking, roughly 10% of people within an organization enthusiastically adopt to change, while roughly 75% take a wait and see approach and about another 10% are very resistant to change.

Garter predicts that through 2019, 90% of large organizations will have hired a CDO. And of this group, only 50% will be hailed a success.

To tip the scales in their favor, CDOs should consider trying these four steps, Duncan advises:

Dawn Kawamoto is an Associate Editor for Dark Reading, where she covers cybersecurity news and trends. She is an award-winning journalist who has written and edited technology, management, leadership, career, finance, and innovation stories for such publications as CNET's ... View Full Bio
We welcome your comments on this topic on our social media channels, or [contact us directly] with questions about the site.
Comment  |
Email This  |
Print  |
RSS
More Insights
Webcasts
Building Asset Management into Your Enterprise Security Strategy
Take DevOps to the Next Level
More Webcasts
White Papers
SANS Institute Survey: The State of Cloud Security
The Five Major Security Pitfalls of WFH and How to Solve Them
More White Papers
Reports
Are Unprotected Cloud Databases Leaking Your Data?
How Data Breaches Affect the Enterprise (2020)
More Reports

Having just attended the MIT CDOIQ Symposium last month, I tend to agree with what one CDO speaker, Mark Ramsey of GlaxoSmithKline, had to say -- that it's far better to take data governance off the CDO's lap and hand it off to the business and the actual stakeholders.  That way, they'll have to live with the results of all the sloppiness they've been getting away with and figure out a way to make it work for the CDO and for the rest of the organization.

Some of the issues described here sound like they'd benefit from that tactic -- and that these issues are more about data governance than about evangelism.
Reply  |  Post Message  |  Messages List  |  Start a Board
InformationWeek Is Getting an Upgrade!