Many tech professionals think of 3D printing as little more than a toy, even though it's in full production swing in manufacturing operations. Gartner and other researchers predict major growth for 3D printing in the enterprise, raising a host of data protection issues for IT professionals. Here's what you need to know.

Additive manufacturing, aka 3D printing, is not a toy or a passing fad. It already has muscled its way into manufacturing, R&D, and medicine. It is set to seriously disrupt several industries, including logistics, warehousing, shipping, and retailing. In fact, the technology is poised to create havoc when it comes to protecting intellectual property, and the fallout will land squarely at the feet of IT professionals.

According to a 2014 survey of 642 business executives worldwide by Tech Pro Research, 60% of respondents in a wide range of industries were either using or evaluating using 3D printers. The report said that while 3D printing previously has been seen as a niche product primarily for R&D, education, and manufacturing purposes, "such a high percentage of people evaluating the concept shows that this perception is undergoing change and beginning to appeal to an array of businesses."

IT professionals can avoid being caught unprepared for this spread of 3D printers far beyond niche boundaries both inside and outside the organization.

One example of how the 3D printing process is spreading is GE Power & Water, a company that makes power equipment and products for power plants. It uses expensive 3D printers that most of its customers have not yet acquired. All of GE Power & Water's 3D production printing is done in-house, on the plant floor. Eventually, though, as 3D printer prices come down and raw materials become easier to obtain, GE Power & Water customers may be able to print a replacement part, or even a complete machine, at their own facilities. This could sharply reduce downtime and, potentially, reduce costs by eliminating expensive shipping charges. That's why, in the near future, GE will look at sharing files with suppliers and customers, to leverage some of the vital advantages 3D printing brings compared with conventional manufacturing and product distribution. 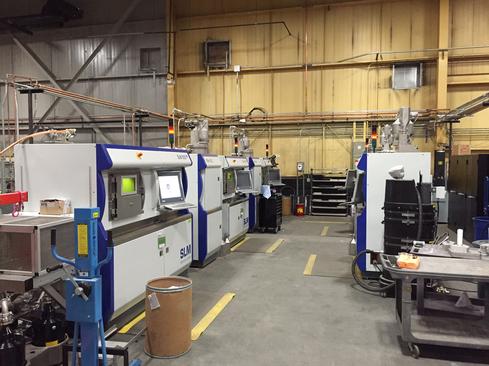 Manufacturers of big products aren't the only ones that will soon be looking to ship code to 3D printers to enable on-site production for customers. Indeed, 3D printers work by printing according to the instructions in computer code, usually from .STL or .OBJ files. Many 3D printers are sold with a limited number of files preinstalled, and some come with access to third-party services, such as Autodesk, offering many additional product files. Shipping codes to 3D printers, or making the files downloadable from websites, is the logical progression in product distribution, as it negates the costs involved in warehousing stockpiles of products and shipping them to customers.

According to a 2014 Gartner report, business and medical applications will experience the effects of 3D printing beginning next year and continuing for the next four years. "Consumer adoption will be outpaced by business and medical applications that have more compelling use cases in the short term," according to Gartner. "In two to five years, there will be greater adoption of enterprise 3D printing, nurtured in part by the continued acceptance and use of 3D print creation software, 3D scanners, and 3D printing service bureaus."

Unfortunately, today's standards for protecting intellectual property used in 3D printing, such as embedded tracking and regulatory mechanisms, and "watermarks" designed to protect against money counterfeiting, aren't ready for the kind of massive digital file sharing of intellectual property that will result as 3D printing gains users. It's easy to envision all of the following if 3D printing were to become ubiquitous:

These doomsday scenarios are rooted in real life. We've already seen this scenario play out in the entertainment industry, first with music and then with movies, as digital file sharing became commonplace. Even Digital Rights Management (DRM) applications have not stemmed the flood of illegal file sharing in that industry.

Now's the time for IT to start investigating ways to protect IP in 3D printing. Testing the code, securing the files and their transit over the corporate network, plus limiting or blocking file sharing and the end user's 3D printer use of the file, will all be tantamount to protecting company profits. The IT challenges are similar to those found in managing myriad mobile devices being brought into the organization under bring-your-own-device policies, only harder since the data at stake could be the intellectual property at the core of the company's entire product line.

"Basically, there is currently nothing that prevents anyone from printing any file on a 3D printer," said Timothy Simpson, a professor of mechanical and industrial engineering and engineering design at Pennsylvania State University, and a member of The American Society of Mechanical Engineers, in an interview with InformationWeek.

"The file format used to run the majority of 3D printers (.STL) is a series of triangular meshes that describe the 3D object," Simspon explained. "If you have the data in that format, then you can print it, and there are multiple ways to get that data in that format if you have the right equipment. The machines don't care whether the object is copyright protected or someone else's IP. They just print what they are instructed to print."

STL will remain important to 3D printing, according to the 3MF Consortium, a consortium that was announced in late April. The group released the 3D Manufacturing Format (3MF) specification, which lets design applications send full-fidelity 3D models to a mix of other applications, platforms, services, and printers. According to the consortium, which is comprised of seven

A prolific writer and analyst, Pam Baker's published work appears in many leading publications. She's also the author of several books, the most recent of which is "Data Divination: Big Data Strategies." Baker is also a popular speaker at technology conferences and a member ... View Full Bio
We welcome your comments on this topic on our social media channels, or [contact us directly] with questions about the site.

"But I think it will revelotionalize certain industries and completely change the way business is done."

@progman2000: I think some industries will see the impact directly, while some of the others will experience it indirectly. But, the impact will certainly be observed. For instance, I may be in the distribution business and 3D printing may not of direct use to me, but I will get better products to sell and hence will feel the impact.
Reply  |  Post Message  |  Messages List  |  Start a Board

I don't think 3D printing will spread across industries any more than any technology would span industries that don't need it. But I think it will revelotionalize certain industries and completely change the way business is done.
Reply  |  Post Message  |  Messages List  |  Start a Board


"We can hope that manufacturers restrict themselves to using 3D printing as a way to avoid stocking parts for washing machines and such, but I doubt that they will."

@Gary: I think that's the beauty of 3D printing - the flexibility. It gives the room to create so many applications to solve business problems. The product modeling can be done more accurately so that there's less effort in the manufacuring part and there's higher precision.
Reply  |  Post Message  |  Messages List  |  Start a Board

"I think this is THE big update in 2015. For small industry and bigger ones too."

@Mesetudes: I think the small industries will have a major increased in usage compared to larger industries. The large industries have already invested in it and the smaller ones were hesitant to invest because of the investment. If new operationg solutions are available where there's no upfront cost and only variable rental, the smaller ones will make a rapid switch.
Reply  |  Post Message  |  Messages List  |  Start a Board

Do you think 3D printing will become a huge phenomena across all industries? I believe some industries particularly those in modeling or manufacturing will have a rapid 3D printing requirement, but others which primarily deal in services and do not product anything physical or concrete will probably not have this need at all.
Reply  |  Post Message  |  Messages List  |  Start a Board

Eventually what will end up happening is something similar to what we see in the Color Printer space today(where each Printer has a specific Code/Digital Signature) to track where it was sold and Manufacturered as Standards start to rise in this space we will also see similar Standards getting established here.

The other issue seems to have been (reasonably) well covered by GE here when they say they track and Log every single transaction done by their 3D Printers today.

Ultimately we need to draw the line somewhere else it will become a nasty free for all for concerned.

You have raised a very fair and valuable point here.

I tend to look at the excessive inventory pileups from a Cost of Money point of view.

Thanks to the foolish behavior of Global Central Bankers(US Fed,BoE,ECB,BoJ and BoC);Money costs virtually nothing to borrow today.

This phenomenon(called Quantitative Easing) has created unbelieveable Bubbles all across the World in all Asset Markets including creating Massive Inventory Stocks worldwide.

The Irony is this was done initially to prevent Deflation (in 2008) from taking hold but end result is going to be an even bigger dose of Global Deflation as Supply ends up swamping Demand Globally.

It's one thing if someone steals a book or a movie - money is lost and investors suffer. It's another thing if Russia or China intercepts a critical part of a stealth airplane or if Iran grabs part of a nuclear detonator. Once again, technology races past any way to protect itself. We can hope that manufacturers restrict themselves to using 3D printing as a way to avoid stocking parts for washing machines and such, but I doubt that they will.
Reply  |  Post Message  |  Messages List  |  Start a Board

I think this is THE big update in 2015. For small industry and bigger ones too.
Reply  |  Post Message  |  Messages List  |  Start a Board
Editors' Choice
Hot Topics