50%
Tweet
Three of the nation's tech leaders must work together to implement change and overcome hurdles. 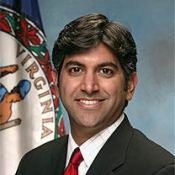 Aneesh Chopra
Federal CTO
President Obama drew immediate praise for selecting Aneesh Chopra to take on the brand-new role of federal CTO, but Chopra is just one of the people who will lead the federal push to improve the use of technology both within the government and throughout the nation.

If Zients is confirmed, Kundra will likely report directly to him. Chopra, on the other hand, is expected to report to John Holdren, Obama's Office of Science and Technology Policy director, and directly to Obama.

"There are different lines of authority here, but there are intersecting points between the two," David McClure, VP of Gartner Research government team, said during an interview Monday.

Obama announced his choice of Zients and Chopra during his weekly radio address Saturday. Obama said Zients will "streamline processes, cut costs, and find best practices throughout the government." He also said Zients, founder of D.C. investment firm Portfolio Logic, would likely help as the White House eliminates "dozens of government programs shown to be wasteful or ineffective," Obama said.

"Aneesh and Jeffrey will work closely with our chief information officer, Vivek Kundra, who is responsible for setting technology policy across the government and using technology to improve security, ensure transparency, and lower costs," Obama said. "The goal is to give all Americans a voice in their government and ensure that they know exactly how we’re spending their money -- and can hold us accountable for the results."

"In general, CIOs in government are focused more on addressing the immediate business needs of major programs and mission areas, while the CTO is much more technology-focused," McClure said. "As a result, CIOs focus on inward-facing and more-immediate technology needs, while CTOs are focused on external-facing technology capabilities with citizens and businesses."