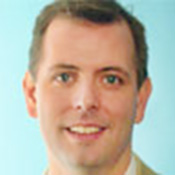 Today's New York Times article on Silicon Valley start-ups presents a picture of an investment community losing control. How can Facebook be worth $15 billion? How is Apple's valuation nearly equal to IBM's? How can some businesses be worth so much with a user base but no real revenue stream?

Today's New York Times article on Silicon Valley start-ups presents a picture of an investment community losing control. How can Facebook be worth $15 billion? How is Apple's valuation nearly equal to IBM's? How can some businesses be worth so much with a user base but no real revenue stream?There certainly are some deals that defy explanation and give cause for concern. The only way to evaluate whether this is a huge bubble ready to burst -- rather than a collection of failures and successes in isolation -- is directly tied to whether an acquiring business can monetize the user base or the technology.

The Times article paints a pretty ridiculous scene when it quotes the former CTO of Right Media, Brian O'Kelley:

"I have to say I giggled," Mr. O'Kelley, 30, said of the deal that earned him millions. He has since left Right Media and is starting another company. "There is no way we quadrupled the value of the company in six months."

Good for Right Media and Mr. O'Kelley. Bad for Yahoo? Not necessarily. The question, ultimately, is one of scale. A business with the ability to generate money off an increased user base or technology can make a wild valuation make sense. Right Media's platform, which enables highly efficient advertising optimization across multiple ad networks, fits very nicely into Yahoo's portfolio. Time will tell if it was worth $800 million.

Companies like EMC, Google, IBM, Yahoo, and many others have a scale to their business that can make a business with little revenue (YouTube) generate a great deal of revenue when coupled with a business (Google) that has a scalable business model. The Times article cites revenue estimates for YouTube of $135 million this year. If that is the case, that is an 8% return on their investment. We don't know how profitable this is for Google, but we can certainly see the strategic importance.

You don't have to stick with the media business to see this formula in action. IBM bought Internet Security Systems (ISS) and incorporated it into its services business. ISS had a well-respected business that looked nothing like the business IBM now runs off that intellectual property.

Deals done on this basis are tricky. Ask ebay.

Does that make Facebook worth $15 billion? We'll see what Mark Zuckerberg has to say about that today as he speaks at the summit.

We welcome your comments on this topic on our social media channels, or [contact us directly] with questions about the site.
Comment  |
Email This  |
Print  |
RSS
More Insights
Webcasts
Protecting Your Enterprise's Intellectual Property
Strategies for Success with Digital Transformation
More Webcasts
White Papers
MPLS, SD-WAN and SASE
The Trouble with Phishing
More White Papers
Reports
The State of Cloud Computing - Fall 2020
The Drive for Shift-Left Performance Testing
More Reports

10 IT Trends to Watch for in 2021 Cynthia Harvey, Freelance Journalist, InformationWeek,  12/22/2020
White Papers
2020 Cybersecurity Report Card
The Network for Whatever's Next; A CxO Guide
The Trouble with Phishing
Top Threats to Cloud Computing: The Egregious 11
The Insecure State of Microsoft Teams Security