The Churchill Club in Silicon Valley was the site of an event weighing the protective benefits of software patents versus their stifling influence on innovation; most attendees sided with the protectionists. 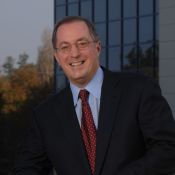 The protective value of software patents was weighed against their potential for stifling innovation in code creation in a Wednesday debate that featured the Free Software Foundation versus a patent attorney and a venture capitalist.

Both sides came out swinging in "Should Software Be Patentable?" with University of California at Berkeley law professor Peter Menell carefully placed between the two sides as moderator. The venue was the Churchill Club in Mountain View, Calif., with about 100 attendees.

An electronic vote at the end showed that the defenders had been vigorous in pressing their case that patents should be retained, an ample majority indicated. Later, when the audience was broken down by occupational segments, it seemed that representatives of private companies, which abound in the area, were in favor of retention, while representatives of government, students, and faculty were in favor of drastic reform or scrapping patents all together.

Software is mathematical, a set of ones and zeroes that relies heavily on math functions. There's little new math discovered each day as programmers sit down to do their work. Instead, they are relying on the work of predecessors, just as their successors may rely on their work.

That means the computer languages in which software is written should be copyrighted, like literature, instead of patented, argued John Sullivan, manager of operations at the Free Software Foundation. Literature is copyrightable thanks to features that make a particular work unique, such as the description of a novel as containing "a long journey over a major body of water with life changing consequences," he said.

Robert Sachs, an attorney at Fenwick & West, and Stephen Pieraldi, entrepreneur-in-residence at Gabriel Venture Partners, fidgeted as Sullivan spoke. When their turn came, they sounded eager to air a different theme.

Software is not just ones and zeros or math, they said. The binary code is representative of the underlying electrical impulses being used to run a computer device, and that control is just as important and unique as the device itself. Both parties had agreed that new forms of hardware were patentable.

"It's the ability to control and manipulate the machine. That's where the value (in software) comes from," said Pieraldi, who is also CEO of the startup 2bClear.