SceneTap Guides You To Where Night Action Is - InformationWeek

50%
Tweet
SceneTap is a free app for iOS, Android, and the Web that uses anonymous video analytics (AVA) to display real-time information about night life in eight U.S. cities. It gives an accurate idea of how many people are at a bar or other hotspot, the male-to-female ratio, and even the average age of everyone inside.

SceneTap is a free app for the Web, iOS, and Android that uses anonymous video analytics (AVA) to display real-time information about night life in eight U.S. cities. You can see how many people are in a venue, the male-to-female ratio, and the average age of everyone inside.

Is SceneTap a nightlife fan's dream come true--or a privacy nightmare? I tried it out in San Francisco and here's what I found. 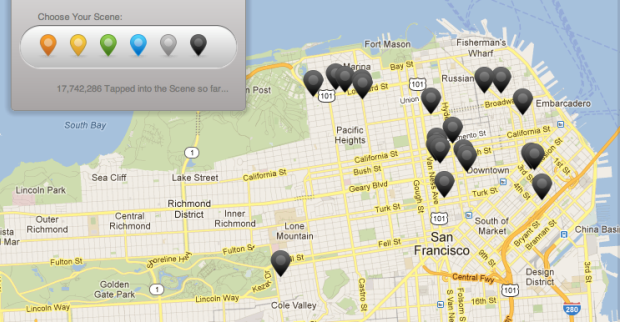 AVA originally was developed by the outdoor/indoor display advertising industry to better target ads in interactive displays in shopping malls. AVA uses video cameras deployed on location to send the live feed to a computer equipped with AVA software. The software processes each video frame and uses pixel density, alignment around eyes, and other factors to detect human faces, distance, and how attentive the person is to the display. It then deletes the frame on the fly and moves on to the next.

Because the app doesn't store any of the video, and isn't set up to match the video frames to an existing database of faces, I don't see how it's a threat to privacy. There has been discussion of law enforcement using such technology and matching the faces to individuals on a watch list; that's another matter, both for the privacy aspects and the accuracy of the technology.

At the time of my review in late August, 21 venues in San Francisco participated in SceneTap. Most were concentrated in a single area: downtown. That's a bit disappointing, first because that's a small number--according to the Alcohol Control Board there were over 4,000 retail alcohol licenses in 2011--and second, it includes only about three of the city's 11 districts. For example, there isn't a single venue in the Mission District, one of the city's hottest night spots.

click for larger image
The app itself is great. I tried it on iOS, Android, and the Web, and found the experience seamless on all three platforms. The app is intuitive, simple to navigate, and during testing it never crashed, or produced any other technical problem.

click for larger image
SceneTap displays its real-time information about the venue through a news feed--updated whenever your device updates--or on a Google Maps-based display of the city. Each venue is color coded by how lively it is at that moment. Poking the venue brings up more detailed information about what the scene is like at a particular place--the average age, percent full, and the ratio of women to men.

For each venue the app also has an event calendar, comments, user-contributed pictures, and daily specials.

The app connects to Facebook and Twitter. On Facebook, people can check in to venues, and post comments. Twitter only allows comments. I was surprised that there wasn't integration with other location-based services such as FourSquare, but maybe there's a good reason for that.

The hardware in the venues I visited looked more or less like security cameras that are increasingly more common in public and private places. Some of the patrons and bartenders I spoke with didn't even know they were there, or where the cameras were. 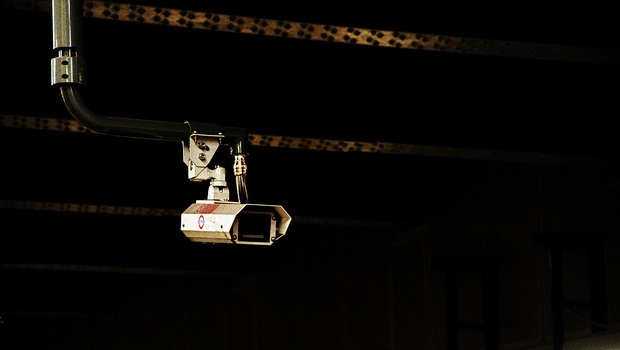 A surveillance camera. Image courtesy of CraXplore on Flickr.

I conducted an informal test of about half of the venues in the city, comparing the statistics presented by the app to what I could see in the venue. In each venue I did a head count and compared it to the maximum number of people allowed inside, according to the fire code posted nearby the door. I also took an informal poll of patrons' ages and checked the app when patrons entered or exited a venue.

In every venue I tested SceneTap was accurate, except one. There, the numbers were way off. For example, the app reported 40% more women at the bar than were present. One of the bartenders told me that it was a consistent problem--the app often reported the venue was packed when it in fact was almost empty. A few of the patrons I spoke with also commented that SceneTap wasn't accurate there.

At first I thought it might be because SceneTap gives venues some control over the information presented. The app lets owners set minimum and maximum values to for each of the stats a feature that CEO Harper claims prevents a venue's reputation from being damaged. It also, he says, keeps predatory types from swarming venues with large numbers of a desired sex.

Even with those features I don't see how a minimum or maximum value could be responsible for reporting the venue as 75% full when it was in fact empty. It makes me suspect there's something about the way it's set up in that spot that causes the problems.

click for larger image
Another interesting feature: the app will push custom notifications about changes in the scene to email and your mobile device. For example, you could ask to be notified every time a venue has an average age between 21 and 25, or turns into a lively spot. I never ended up using this feature because none of the participating venues were near where I live or work.

Ultimately the app is useful only if it gains a critical mass of participating venues, or its user base enjoys frequenting those that are available. At the moment, because of the small number of venues and where those venues are located in San Francisco, I won't use it to plan my nights or weekends.

For people who like to frequent the venues that SceneTap partners with it's a great app. But if your favorite spots aren't on the list, it's not useful.

Free for Desktop, Android, iOS
Pro: Con:
We welcome your comments on this topic on our social media channels, or [contact us directly] with questions about the site.
Comment  |
Email This  |
Print  |
RSS
More Insights
Webcasts
Building and Refining Threat Hunting Practices in Your Enterprise
Enterprise Database Strategies for 2020
More Webcasts
White Papers
DevOps for the Database
Wired vs. Wireless LAN Solution
More White Papers
Reports
Online Threats -- and What Your Org Can Do About Them
[Special Report] Remote Network Management
More Reports