50%
Tweet
Python for iOS supplies a much-needed scratch for those with an itch to write programs for the iPad or iPhone by letting you write software for the device on the device itself. The app provides a familiar interactive interpreter interface for Python programmers plus some extras that make it easy to use, especially on an iPad. 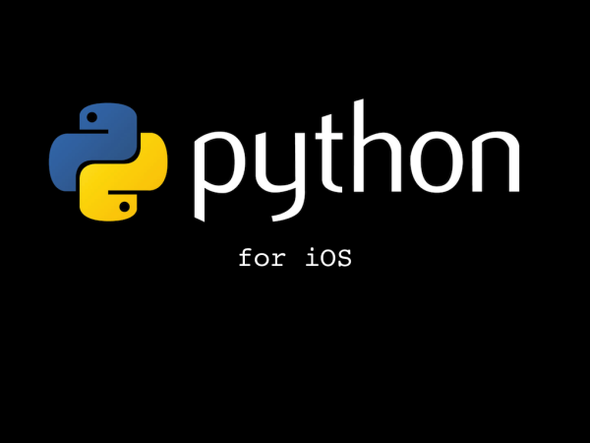 Python for iOS is a throwback. It turns your iPhone or iPad into a personal computer that you can program yourself. There was a time when every PC shipped with some version of the BASIC programming language and every PC user dabbled in programming. It was common to hear about a PC owner writing software to solve some task. This period of computing history is long gone, and today's phones and tablets certainly don't come with programming tools to write your own software. But this doesn't mean you can't scratch the programming itch using a mobile device. For instance, Diet Coda and Microsoft on{X} For Android let you use an iPad to write software on a remote network connected device, and program your Android phone from a desktop Web page, respectively.

Python for iOS goes a step further. It lets you write programs for iOS devices--iPhones, iPod Touches, or iPads--on the device itself. I've been using Python for the last few weeks and it's become a useful tool for quickly testing ideas and refreshing my memory about how to do things in Python. The app does not create native apps, but this isn't a problem for people like me who use the app as an adjunct software development tool. It is good to see software development tools like this one appear to not only enhance personal productivity, but help dispel the myth that tablets are useful only as content consumption devices.

Name: Python for iOS
Price: $2.99
Python for iOS scratches an itch for developers who have been wanting to write software for iOS devices on the device itself. The app provides a familiar interactive interpreter interface for Python programmers and a few extras that make it very usable, especially on an iPad.

Comment  |
Email This  |
Print  |
RSS
More Insights
Webcasts
5 Steps to Integrate SAST into the DevSecOps Pipeline
Are You Ready for When Cyber Attackers Get In?
More Webcasts
White Papers
NetFlow vs Packet Data
[IT Trend Report] The Future of Cloud
More White Papers
Reports
Can You Spare 10-12 Mins to Help Us Out with a Survey on Tech Trends?
Got 7 Minutes? Dark Reading Needs Your Help With Our Survey on Incident Response
More Reports