Office 2013: Half Of A Good Thing - InformationWeek

50%
Tweet
Office 2013 is another telltale sign that Microsoft is determined to gain ground in the touch-enabled computing world dominated by the iPad. It's not a bad long-term plan but we should worry about what is being sacrificed on the way there.

Over the weekend I was given the chance to try out the newly-released preview edition of Office 2013. I liked what I saw, but I see the same problem with Office 2013 that I see with Windows 8 generally. Its biggest changes are aimed at people who might never use Office in the first place -- namely, tablet users. 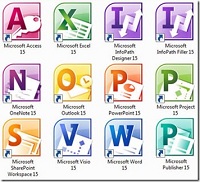 The Office 15--a.k.a. Office 2013--applications
Windows 8 has made itself out to be Microsoft's bid at creating a touch-oriented version of the OS, coupled with a push on the part of hardware makers to give the touch part of the OS something to work with. But there's been a third ingredient to this mix that hasn't been talked about much: applications.

Most of the talk of Win8 apps has been confined to stuff delivered via the Metro desktop, in big part because of the novelty of Metro apps on the desktop. Metro's all about consuming, not creating, though--and so the idea of a Metro edition of Office seemed like a bad idea on the face of it. Maybe if just the document-reading (rather than document-editing) portions of Office were incarnated in Metro, that would do the trick?

Well, that hasn't happened. The suite's been given a general Metro makeover, but without using the actual Metro desktop for deployment. A smart move, because it means users of editions of Windows other than 8--in other words, pretty much everyone--aren't hamstrung. What's more, the makeover actually has been a boon in some places: Outlook, for instance. And here and there are improvements to make using Office on a touch-based device all the better--the new Windows 8 on-screen keyboard, and the "touch mode," which places UI elements slightly farther apart to make them easier to hit.

Those improvements are all driven by the way Windows, and Microsoft, seem hell-bent on making inroads, any inroads, in the tablet/touch space. I think most of this ambition is noble, but misplaced, and for one simple reason: People who use Office enough to buy it aren't going to force themselves to use it on a touch-only device. They're going to buy a device which is more amenable to getting work done; in other words, a notebook with a keyboard, hence Surface.

There is some kind of weird delusion at work about touch devices, namely that people will happily toss their bad, old keyboard-based systems in favor of happy, shiny touchscreens if they're given a good enough excuse to do so. Any number of reasons exist why this simply isn't true: typing on a screen is frustrating and cumbersome even on the most advanced of on-screen keyboards; notebooks with keyboards remain competitive in price with tablets; the amount of space or weight saved by not having a keyboard is overrated; and most tablets are used as auxiliary consumption devices, not PC substitutes. (Hence, again, Surface.) 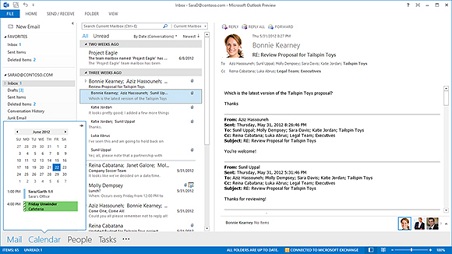 But a touch/tablet-friendly version of Office was probably inevitable, if only because the lines between a desktop PC, a notebook, and a slate/tablet all are being progressively blurred. If you buy a copy of Office for your PC and your touch-powered "auxiliary device" (since most Office licenses let you install it on both a dockable and a non-dockable device), you'd want something that respects the presence of touch and makes the most of it.

At the same time, though, I get the feeling Microsoft delivered all that at the expense of improving other things that badly needed it. Many parts of Office, especially the behind-the-scenes configuration in Word and Outlook, are still a cluttered mess; whole swaths of the suite still can't even be properly automated with VBA macros; the ribbon still can't be searched (although it at least can be edited, as of Office 2010); the way custom dictionaries are handled is lamentable.

No, these aren't as sexy as touch or a Metro-themed overhaul, but they are things that would make the suite that much more genuinely useful. Some stuff has been added in that vein this time around, like the new threaded-discussion style for document comments.

Office 2013 is another incremental sign that Microsoft is determined--obsessed, even--to chisel out a niche for itself somewhere other than the legacy beige-box desktop. Again, not a bad long-term plan. But I'm worried about what else is being sacrificed on the way there. 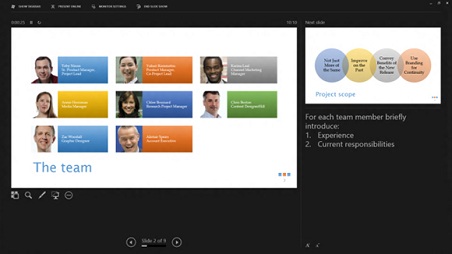