Microsoft Observations From The Trenches - InformationWeek 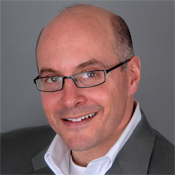 Despite Microsoft's leadership problems and Windows 8 struggles, there are still huge opportunities for partners and customers.

Google Apps To Microsoft Office 365: 10 Lessons
(click image for larger view and for slideshow)
For all the doomsday headlines, there is much to celebrate about Microsoft lately. But in other cases, yes, it's reasonable to have skepticism about its direction.

As both a Microsoft partner and industry watchdog, I thought it appropriate to share some glass-half-full, glass-half-empty observations from the trenches.

There are currently a number of notable "empties" in the Microsoft ecosystem. It's important to note that what one sees as half empty others might see as half full. But here are examples of what I consider empties.

-- Ballmer. Microsoft is a company presently in search of a CEO successor to Steve Ballmer. Interestingly, while a CEO departure is typically thought of as a low point, Microsoft's stock price did jump up 7%, or close to a billion, upon the announcement of Ballmer's resignation. However, there is a void in place at a time when direction and leadership is critical for the company.

-- Windows 8.1. While Windows 8.1 is certainly a welcome improvement over Windows 8, there are a number of product features that remain a bit clunky. Windows 8.1 has some nice features such as the Start button, groupings of modern apps, improved search and SkyDrive integration. But there are two areas in particular that require further investment. First, the interface must be fine-tuned to make it more intuitive. There are still too many scenarios where one has to ask: Where do I go to do something? Try doing a search for "printers" and see what you get. Not much! Second, the volume of apps readily available in the marketplace for Windows is still not great. With all of the dollars that Microsoft has in its coffers, more incentives should be offered to partners to get them developing Windows 8 apps. After going with a Nokia Windows 8 phone, I returned to the iPhone due to the lack of quality apps.

-- The cloud. For a company with a heritage firmly entrenched in the "un-cloud", its 180-degree turn to the cloud is a massive switch and perceived as disruptive for organizations continuing to invest in their own hardware. I am a fan of the cloud and we see organizations moving to it. However, most of the organizations we deal with -- typically global or national -- remain fully vested in on-premises technology with a growing interest in an on-premises/cloud hybrid approach.

In truth, Microsoft is really the only game in town that spans both worlds; however, its relentless push to the cloud overshadows the reality of a hybrid story (i.e., Microsoft team members are heavily compensated on cloud sales rather than on-premises, and this influences the messaging).

Hi Laurianne - Thanks for the comments! Our company typically deals with global orgs as well. We have seen a very definitive trend, independent of most industries, that point to experimentation and adoption of cloud offerings. It is real and is also a blended solution that many organizations are pursuing.
Regards,
Russ
Reply  |  Post Message  |  Messages List  |  Start a Board

Hi Rradina - thanks for the comment! In terms of your situation, it is a perfect opportunity to leverage the cloud model. And your assessment is of course correct in that over the long run, your costs will most likely be greater with a subscription; however, the convenience and cash flow make it a worthwhile proposition. Also, Microsoft has got the muscle to continually deliver both on-premise and cloud solutions.
Regards,
Russ
Reply  |  Post Message  |  Messages List  |  Start a Board

Microsoft is in leadership limbo and Windows 8 has been such a disappointment (no matter how hard Microsoft tries to tell you how much you like it). But Microsoft also makes some of the best enterprise software and it always has and it's transitioning its best wares to the cloud better than most think. It will continue to thrive here. But the consumer efforts will remain a half-empty proposition.
Reply  |  Post Message  |  Messages List  |  Start a Board

Don't underestimate Microsoft's ability to rally around a technology movement, whether it's cloud computing, big data or mobility.
Reply  |  Post Message  |  Messages List  |  Start a Board

MS has revived itself and i can see that shadow in surface pro 2, all new look with improved keyboard speed and handsome look..that is what i guess was required here ...you know why people love using android or ios its because of their trendy look and different flavors.
Reply  |  Post Message  |  Messages List  |  Start a Board

"However, most of the organizations we deal with
-- typically global or national -- remain fully vested in on-premises
technology with a growing interest in an on-premises/cloud hybrid
approach." You mean they're not yet trying private cloud model? That would be surprising.
Reply  |  Post Message  |  Messages List  |  Start a Board

I believe the feared death of the pay-for-software model is driving Microsoft to the cloud. In the cloud Microsoft can monetize its software without giving folks sticker shock. When folks can buy a Windows 8 laptop for $299, it seems wrong to then more than double the price if you want Office Professional. Instead, I signed up for Office 365. Although I don't technically "own" a copy of Office, I now have Office on up to 5 mobile and 5 desktop devices for $10/month or $100/year. Of course that cost is ongoing but with three school-aged kids, it seems to be a better deal than last year when I bought Office 2010 Home/Student edition for $149 and I could only install it on three devices. It also didn't include all the products Office 365 includes.
Reply  |  Post Message  |  Messages List  |  Start a Board
Editors' Choice
Hot Topics