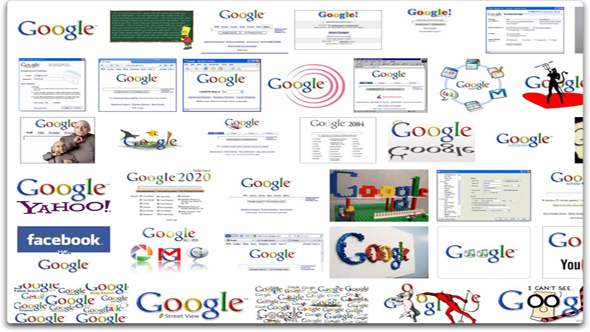 In theory, the ease with which technology companies can enter new markets should be good for competition. With low barriers to entry, competition becomes more likely, and prices fall, to the benefit of consumers.

But in the case of Google, the situation is a bit more complicated.

Because it dominates Internet search, Google has the power to use its position to help it enter other markets. And its power is unique: While other companies like Apple may have more cash, only Google can make competitors effectively invisible on the Internet, at least in the U.S. and Europe.

Google insists that it doesn't use its power for evil. A few of its competitors have been arguing otherwise, and these claims have gotten the attention of regulators in the U.S. and abroad. This week, Google chairman Eric Schmidt will face a Senate panel on antitrust issues, with executives from rivals including yelp expected to testify.

But regardless of whether Google is competing fairly or not, many companies fear Google entering their markets, particularly if the Internet is relevant to those markets. Google generates so much revenue from its online advertising business that it's able to subsidize its campaigns to enter new territory. So when it invades, it may be able to offer prices, services, or synergies that competitors cannot match, at least not without abandoning their legacy business models.

And Google is invading across a broad front--at least that's the way you see it if you've competing with Google. Consumers have largely welcomed their new Googly overlord because, let's face it, free services that work well are pretty appealing.

But online businesses have reason to be wary: Google's mission is "to organize the world's information and make it universally accessible and useful" and that mission continues to lead Google into territory that other Internet companies thought they owned.

Here are 9 markets where Google seeks dominion, or at least a significant cut of the action. 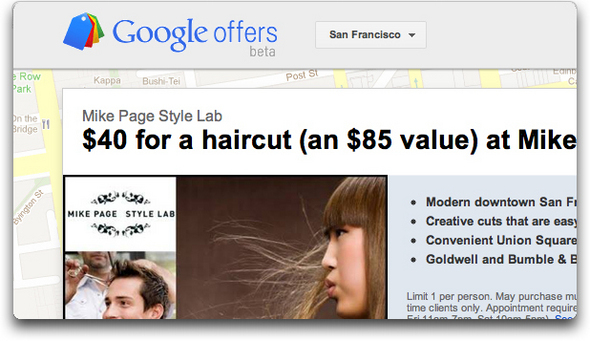 With Google's $5.3 billion bid for social discount service Groupon rejected, Google has launched a coupon service of its own and acquired three coupon-related companies in the past two months, DealMap, Zave Networks, and DailyDeal. Groupon had better pray its IPO does more than just reward company executives. 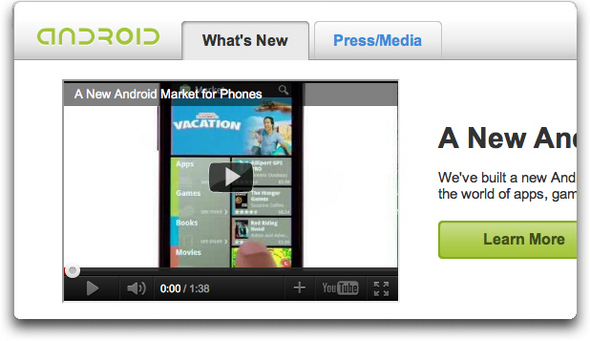 Android may be under siege from Apple, Microsoft, Oracle, and other patent holders, but Google remains undeterred. It's doubling down, investing in patents through its acquisition of Motorola Mobility to arm its partners for a long war. The result may be that Android becomes more costly to handset makers and to Google. Even so, the company's mobile operating system appears to be destined to dominate. 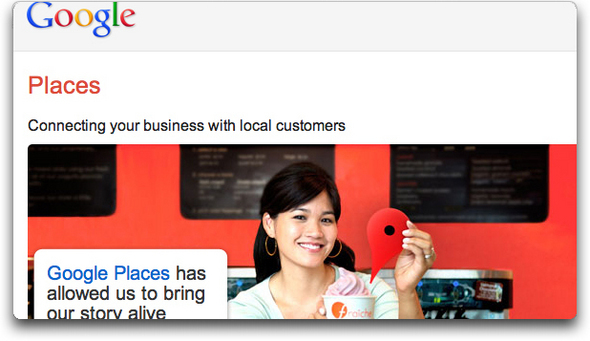 Local search used to be a market below Google's radar, where vertical search companies could thrive. Then a few years ago, Google recognized the value of local search and started to build out its local search capabilities. It later became clear that local, social, and mobile intersected, and Google put Marissa Mayer in charge of its geo and local products, an area that the company has characterized as "crucial to our users and the future of Google."

With the recent acquisition of Zagat, Google's obvious interest in local has become even more apparent. 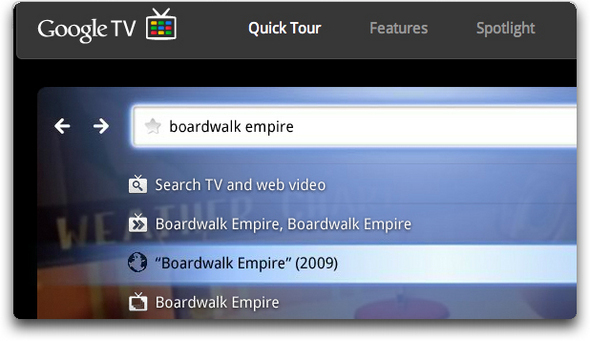 Google is at its heart an advertising company and TV is a lucrative advertising market. The two were made for each other, even if Google TV 1.0 fell flat in the marketplace. If Google can take any comfort in its unsuccessful attempt to reinvent TV, it's that Apple has also had difficulty with its TV "hobby."

While Apple will undoubtedly make some progress in the TV market by leveraging iCloud and iTunes, Google has YouTube, Android, and the Android developer community to put wind in its sails. If Apple opens Apple TV to developers, then it's going to be a much more competitive race. 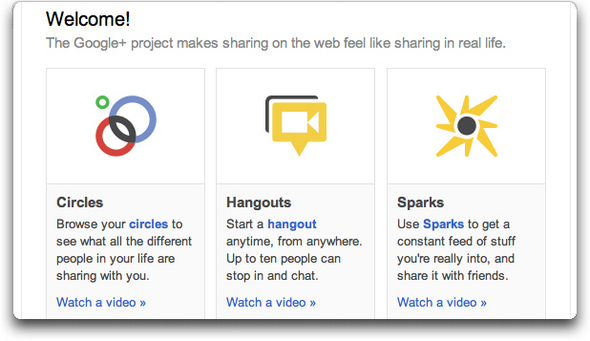 Google sees Facebook as an existential threat and is going after it with a vengeance. The search company has been preparing to battle Facebook for years, with a slew of investments in social companies.

Its Google+ social network is off to a strong start, but it will be a long and bloody campaign. That's typical when you're talking about massive numbers of users: It has taken Google's Gmail seven years to come within striking distance of Yahoo Mail and Windows Live Hotmail. It's likely to be at least that long before Google+ really challenges Facebook.

But Google has an advantage: Google matters more than Facebook in terms of the data is controls. Google is critical to millions of businesses. Facebook matters to gaming companies and marketers; it is beloved and used obsessively. But the possibility of its sudden disappearance isn't nearly as alarming as contemplating the absence of Google. 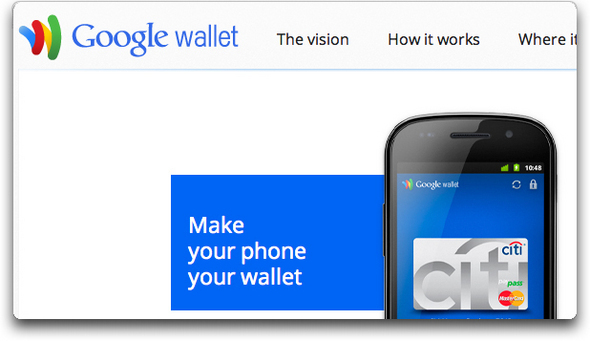 First there was Google Checkout. Now there's Google Wallet. Google means to be a financial player and has the means to do so. Paying with one's mobile phone will take a few years to catch on in the U.S., but watch out after that. 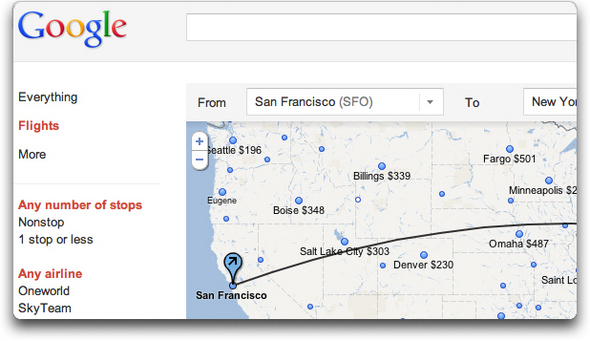 Travel search companies tried to stop Google when it acquired ITA Software, but their complaints weren't enough. Google promised to play nice and the deal was allowed. Check back and a few years and Google will still be here. Will you be able to say the same for dedicated travel search sites? Maybe. Will they have grown beyond what they are now? Probably only a few will do so. 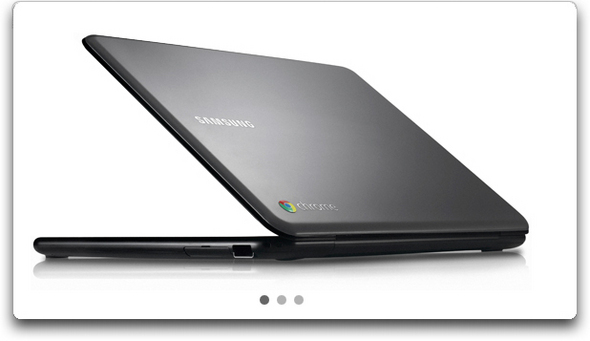 Selling computers appears to have become a lackluster business for everyone but Apple. Yet Google wants in as an operating system vendor. Its Chromebooks haven't exactly broken sales records, but the pricing model makes a lot of sense for businesses and schools. 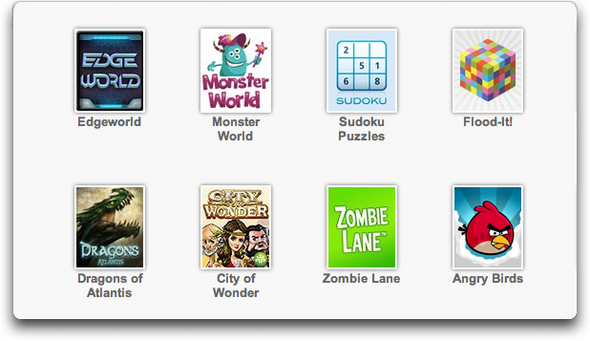 Gaming kept the PC upgrade cycle alive in the '80s, '90s, and '00s. And now gaming is fueling the mobile and social revolutions. Google is trying to make Web games perform better, to boost the appeal of the Web as a platform, and to make games more social, to boost the appeal of Google+. The revenue sharing arrangements that Google is offering for games in the Chrome Web Store and on Google+ equal a mere 5%. That's significantly more competitive than the 30% charged by Apple, Amazon, Facebook, and others. If Google can grow its Google+ user base beyond early adopters, it could become hugely influential in gaming.

We welcome your comments on this topic on our social media channels, or [contact us directly] with questions about the site.
Comment  |
Email This  |
Print  |
RSS
More Insights
Webcasts
The Best Ways to Stop Malware and Ransomware That No One Else Will Tell You
Effective Cyber Risk Assessment and Measurement
More Webcasts
White Papers
[Forrester Research] The State of Data Security & Privacy
2020 SANS Cyber Threat Intelligence
More White Papers
Reports
2020 State of DevOps Report
IT Automation Transforms Network Management
More Reports
Copyright © 2020 UBM Electronics, A UBM company, All rights reserved. Privacy Policy | Terms of Service