Here's a tale of how two cities are managing vast quantities of data and using data analytics to improve citizens' lives. 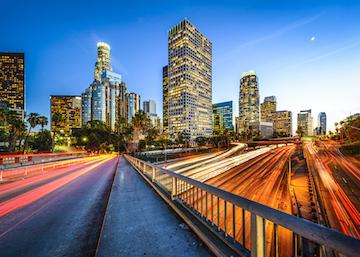 Security is top of mind when city CIOs think about the types of analytics they need. However, analytics is also enabling them to improve internal processes and the experience citizens and businesses have.

The City of White Plains , New York stores its data in a data center to ensure security. The City of Los Angeles has a hybrid implementation because it requires cloud-level scalability. In LA, 240 million records from 37 different departments are ingested every 24 hours just for cybersecurity purposes, according to the city's CIO Ted Ross.

"We didn't start off at that scale but [using the cloud] we're able to perform large amounts of data analysis whether it's cybersecurity or otherwise," Ross said.

He thinks it's extremely important that organizations understand their architecture, where the data is, and how data gets there and then put the appropriate security measures in place so they can leverage the benefits of the cloud without being susceptible to security risks.

"If you're not doing analytics and you're moving [to the cloud], it's easy to think it will change your world and in certain [regards] it may. The reality is, you have to go into it with both eyes open and understand what you're trying to accomplish and have realistic expectations about what you can pursue," said Ross.

White Plains is on a multi-year journey with its analytics, as are its peers because connecting the dots is a non-trivial undertaking.

Departments within municipalities still tend to operate in silos. The challenge is eliminating those barriers so data can be used more effectively.

"It's getting better. It's something we've been working on the for the last few years which is knocking down the walls, breaking down the silos and being able to leverage the data," said Coakley. "It's for the betterment of citizens and businesses."

Connecting data from individual departments improves business process efficiencies and alleviates some of the frustrations citizens and businesses have had in the past.

The city is also connecting some of its data sets with data sets of an authority that operates within the city, but is not actually part of the city.

"There's a reason for their autonomy, but it's important to start the dialog and show them [how connecting the data sets] will benefit them," said Coakley. "Once you show the department what they can provide for you, and ensure it's not going to compromise the integrity of their data, they usually come along. They see the efficiencies it creates and the opportunities it creates."

White Plains is trying to connect data from all of its departments so it can facilitate more types of analytics and further improve the services it provides citizens and businesses. However, cybersecurity analytics remain at the top of the list.

"Cybersecurity is number one," said Coakley. "We have to worry about things like public safety, which is not just police, fire, emergency, public works, facilities, water, electrical, and engineering. There's a lot of data and the potential for a lot of threats.

We welcome your comments on this topic on our social media channels, or [contact us directly] with questions about the site.
Comment  |
Email This  |
Print  |
RSS
More Insights
Webcasts
The Experts Guide to Ransomware Response
Multi-Cloud Data Management for Modern Applications
More Webcasts
White Papers
Cisco Threat Response
The InformationWeek 2021 State of ITOps and SecOps Report
More White Papers
Reports
The State of CCPA 2021
Building the SOC of the Future
More Reports