Analytics at the Edge Poised to Grow - InformationWeek

Analytics at the edge offers a number of benefits that are driving new applications of this combination of technologies. 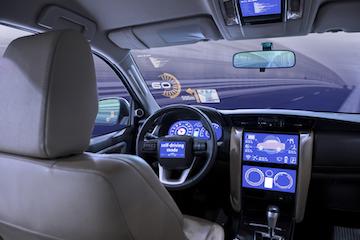 Connectivity has improved by leaps and bounds since the dawn of the 21st century, and that has in turn enabled the growth of many industries, analytics included. However, as much as bandwidth and latency may have improved across large distances, there is still no real substitute for the response time of local hardware, and when it comes to analyzing big data, sometimes that's really important.

Take autonomous vehicles. With masses of on board sensors and cameras, there is a ton of data to process at any given moment, helping the passengers avoid obstacles and stay within the bounds of the roadway. Sending that information to the cloud is doable, but in moments of danger where every millisecond counts, it's far better to make those decisions locally. Relying on a remote connection would also require such vehicles to remain in strong coverage areas such as major population centers, where the improved infrastructure of traditional transport networks makes driverless transit less useful than it might in somewhere more remote.

But even in settings where a connection isn't a problem, like in the case of building-mounted security cameras, analytics at the edge can be incredibly useful. Facial recognition software could be handled within the camera itself, meaning that a person of interest could be identified by security staff immediately, rather than a few seconds later when the opportunity to stop them may have passed.

In cases where latency doesn't matter so much though, there are still benefits to analytics at the edge. Privacy is a major concern for consumers and enterprises, especially with increased federal surveillance of communication networks and the ever-present risk of hackers stealing data. In that sense, keeping it at the local level is a great way to minimize that risk.

In the same way as cloud-connectivity has only been made possible through advances in internet connections around the world, the current growth in analytics at the edge was enabled by advances in hardware processing capabilities. Using powerful parallel processors or a combination of higher and lower TDP processors for improved efficiency, these sorts of analytics hardware packages have been able to be condensed from traditional data center servers and brought down to the local level.

That is only likely to continue as time goes on, and while the top-tier hardware will make it possible to perform brand new functions -- ever smarter autonomous vehicles being just one of those -- it seems likely that as the technology becomes smaller and more powerful, we'll see it trickle down to other industries. Connected toys are rather popular at the moment, but with the same sorts of privacy concerns among consumers as enterprises face with remote analytics now, we could see analytics at the edge come to those toys and gadgets sooner rather than later.

As smart digital assistants like Siri, Cortana and Google Now become more popular, too, we could see 'offline' versions of them appear, or competitors that do the same. Although internet connectivity will always make that sort of software much more capable, it's possible that for personal in-home functions, or for smart security systems like Mark Zuckerberg's Jarvis, keeping the analytics local could avoid many of the privacy and security concerns that people may have about such systems.

The real power with analytics will always be at the grander, datacenter level, but it seems likely that as time goes on we'll see more of the lower level analytical functions transfer to local settings.