An Intuitive UI: Not Just for End Users - InformationWeek

Having a simple, understandable user interface on an application aids user acceptance, and even considerations such as interoperability and security.

The network effect, which states that a solution’s effectiveness grows exponentially with each additional person using it, is real. For technology, the best way to maximize utilization (and minimize shelfware) is to make it simple to use.

Making things as easy as possible for the end user is the best way to ensure successful adoption and use of any new communication tool. This sentiment is confirmed by our survey of the Spiceworks’ community of IT professionals that found 74% of IT managers emphasized the importance of a “simple user interface” when shopping around for a new platform.

While organizations are understandably keen to arm workers with the best technology to boost productivity, end users’ needs aren’t the only priority. Throughout the evaluation process, it’s important to remember that the user interface (UI) is just as vital for IT professionals as it is for the end user when it comes to adoption. Here are a few reasons why:

A UI is like any good joke — if you have to explain it, it’s not that good.

IT needs more than a sexy UI for user adoption to be successful. Not only does it need to be easy for the end user, it needs to be just as easy for the IT professional to teach and ultimately to fix. If lofty explanations and training are necessary, adoption is almost always doomed.

As IT professionals both use and manage the technology, they are well-positioned to understand the reasons behind process bottlenecks and other errors. As an example, we were working with a large content management system that was mainly used to upload new items. When a user accessed the system, they were confronted with a large complicated UI that provided all of the functions, but expected the user to figure out the navigation. Multiple mouse clicks were required for one action, which made it extremely cumbersome. What was needed, and ultimately provided, was a simple intent-based UI that started the user off with two choices and directed them after that. In my experience, a good UI has all the complexity available, but it is hidden for the majority of the users that need simple functionality.

End users continue to demand a consumer-like experience within enterprise solutions, across device, wherever they are, at any time. Applications and devices need to play nicely with one another to help boost — rather than drain — productivity. Throughout the evaluation process, businesses can lose sight of collaboration and hone in on apps that do just one thing, perhaps in a new or interesting way. Even worse, organizations may incorporate technology that is repetitive, and ultimately pay twice for the same feature or solution.

Any time you take two large enterprise systems that have some overlap, an unfortunate collision will occur. The most common one I’ve seen is the combination of a CRM with a financials system. They both require the same data, but have very different approaches to how the data is presented and managed. Often, users will be stuck between the two, forced to learn two complicated systems and duplicating efforts to keep the systems in sync. Dealing with multiple tools and UIs create management, security, service quality and many other challenges for the IT department. Applications that have a simple UI and can easily sync with other apps make work for everyone easier.

In terms of security and reliability, all UIs are not created equal. One of IT’s critical functions is the management, integration, security and compliance of technology used by the business. Device security in the new Internet of Things age, or lack thereof, is a top challenge for IT professionals, especially as they continue to battle — or in some cases, accept — Shadow IT. Take video conferencing security for example. It is vital to confirm and enforce encryption, implement a strict password policy and treat conferencing devices as if they were servers to ensure business productivity does not come at the cost of privacy or security.

Another example would be the importance of an administrative UI being thoughtfully created. In today’s work environment, an administrator may be managing hundreds of devices and may need to quickly confirm that one device is set up properly and secured according to their policy. If that is not possible due to a complicated UI, a door is open to all sorts of reckless security implications.

Henry Dreyfuss, an American industrial designer most recognized for his work on the Western Electric telephone, stated in 1955, “When the point of contact between the product and the people becomes a point of friction, then the designer has failed. On the other hand, if people are made safer, more comfortable, more eager to purchase, more efficient or just plain happier by contact with the product, then the designer has succeeded.”

Even after 60 years, while many of those points of contact have trended toward digital, the importance of a simple UI has remained. If people aren’t using a solution because of a complicated UI, it becomes wasted shelfware for the end user, a strain on IT’s time, and ultimately, a drain on the business’ budget. 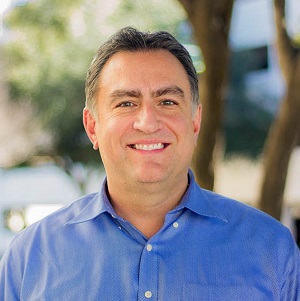 As Lifesize CTO, Bobby Beckmann leads a multinational team of engineers and developers to deliver continued innovation, scalability and reliability to the Lifesize cloud-based software service, HD camera and phone systems. With more than 20 years of experience, Beckmann helps Lifesize build on its reputation for innovations, recent momentum and usher in the next chapter of the company’s innovation.

The InformationWeek community brings together IT practitioners and industry experts with IT advice, education, and opinions. We strive to highlight technology executives and subject matter experts and use their knowledge and experiences to help our audience of IT ... View Full Bio
We welcome your comments on this topic on our social media channels, or [contact us directly] with questions about the site.
Comment  |
Email This  |
Print  |
RSS
More Insights
Webcasts
Protecting Your Enterprise's Intellectual Property
Making Cybersecurity Work in Small and Medium-Sized Businesses
More Webcasts
White Papers
The 2020 Duo Security Trusted Access Report
Seven recommendations for a Successful SD-WAN Strategy
More White Papers
Reports
The ROI Of SD-WAN: Not Just A Numbers Game
2020 Threat Hunting Report
More Reports