After the Software Wars - InformationWeek 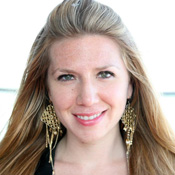 With 11 years at Microsoft under his belt, it's surprising to learn that Keith Curtis is betting on open source software to triumph over proprietary software. In his recent book, 'After the Software Wars', Curtis pins his hopes on harnessing the wisdom of the crowds to achieve common goals with increased efficiency, speed and less resource consumption.Microsoft has not looked fondly at open source over the years, even claiming that free and open source software (FOSS) violated over two hundred of Microsoft's patents. Recalling this mudslinging makes 'After the Software Wars' all the more ironic, as the author's biography flies directly in the face of his Microsoft heritage.Curtis makes some excellent analogies, highlighting the importance of FOSS:

"The difference between free, and non-free or proprietary software, is similar to the divide between science and alchemy. Before science, there was alchemy, where people guarded their ideas because they wanted to corner the market on the mechanisms used to convert lead into gold."

He also references the Dark Ages movement to further society's advancement. This crusade began when mathematicians and scientists began sharing their individual knowledge with their peers, instead of hording their discoveries in the interest of self promotion.The New York Times book review paints an accurate depiction of the book's themes:

"Keith Curtis, an 11-year veteran of Microsoft, believes deeply that open source is the future of software.He takes a programmer''s approach in "Software Wars," attempting to systematically build a case that software can help pave the way for a 21st-century renaissance in many fields ranging from artificial intelligence (cars that drive themselves) to the human journey into space (space elevators). For Mr. Curtis, open source software is all about leveraging our collective intelligence."

Leveraging collective intelligence? Sounds like Enterprise 2.0 to me. You can dowload or purchase the book now on Lulu.
We welcome your comments on this topic on our social media channels, or [contact us directly] with questions about the site.
Comment  |
Email This  |
Print  |
RSS
More Insights
Webcasts
Building Asset Management into Your Enterprise Security Strategy
How the Rapid Shift to Remote Work Impacted IT Complexity and Post-Pandemic Security Priorities
More Webcasts
White Papers
WhiteHat Professional Services Package
Smart Service Management: Working Better Together with a Connected Enterprise
More White Papers
Reports
The State of CCPA 2021
2021 Top Enterprise IT Trends - Network Computing
More Reports