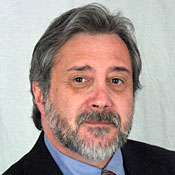 The Great ICD-10 Debate: Healthcare Coding Transforms
(click image for larger view and for slideshow)
Postpone ICD 10 until 2014 because it's the perfect middle ground. That's the message the College of Healthcare Information Management Executives (CHIME) recently sent the U.S. Department of Health and Human Services.

In a letter to HHS Secretary Kathleen Sebelius, CHIME said the one-year delay is an attempt to balance the interests of all stakeholders by identifying a "middle ground" between those who urge a longer delay and those who don't favor any further delay. CHIME believes either extreme "would create more problems than it would solve."

In a previous letter,

On the other hand, HHS stated that if it decided to consider different ICD-10 compliance deadlines for different covered entities, it believes that it would be most useful to set an earlier compliance date for health plans (payers). CHIME concurs, saying "this would allow physicians and hospitals an additional and needed opportunity to test ICD-10 transactions with payers. In other words, a consistent compliance date across the provider community and an earlier date for payers would make the delay much more meaningful."

CHIME also recommended that HHS move gradually toward its proposed compliance deadline for ICD-10 and dismiss calls to "leapfrog" from ICD-9 to ICD-11. "While the maturity of ICD-11 may hold great benefits in the future, we believe such claims are speculative, at best, because so much is yet to be developed," the letter stated.

In an interview with InformationWeek Healthcare. George Hickman, executive VP and CIO at Albany Medical Center, called attention to "the complexity of the information exchange interdependencies that exist between all of those various constituents that use the codes." He pointed out that hospitals, physician practices, and payers have to change code sets at the same time because the codes affect how clinical content is communicated with the various technologies and systems that are used by each group.