A Data-Driven Game-Changer for Football - InformationWeek

50%
Tweet
With the opening weekend of pro football upon us, NFL fans can now utilize the same data and analytics that has been available to teams, so they can understand factors such as player speed and precise positioning.

Many brands boast of being “The official… of the NFL.” This season, a technology company called Zebra claims a more unique position. It’s the Official On-Field Player-Tracking Provider of the National Football League.

With this partnership between the technology company and the NFL, the game played between the New England Patriots and the Pittsburgh Steelers last night represents more than just a season opener; it was a game-changer. 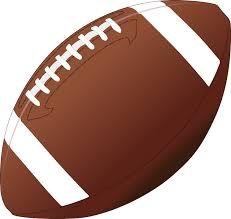 The September 10 game represented a first for fan access to Next Gen Stats” in real time. While the NFL has used Zebra information from thousands of plays over the past couple of years, the information was retained internally or shared for broadcast. This was the first game to make it directly accessible to fans through the NFL app for Microsoft's Xbox One. “For the first time, NFL fans almost act like coaches and analyze plays like a coach would,” Todd Stevens, Executive Producer at Microsoft, told Venturebeat.

What’s the difference between these kind of stats and those that don’t get called “next gen?” It’s the difference between macro and micro, according to Jill Stelfox, vice president and general manager at Zebra. She was quoted in Men's Journal saying, that what you used to get were statistics built on "macro events in the game, like a catch or a tackle." What Zebra’s sensors deliver is information on the micro level “like what offensive line pushes the hardest or accelerates the quickest off the line."

The data for those stats come through Zebra receivers placed around the stadium that pick up on player movements in real time, including location, distance, and speed. The information is transmitted from a pair of small radio-frequency identification (RFID) transmitters that players wear in their shoulder pads.

Here’s the NFL’s video on Next Gen Stats. While the video refers to getting information “down to the inch,” Zebra’s own site only claims location data accuracy within six inches.

Who wants that much detail? The fans, do, according to Zebra, which describes itself as improving “the fan experience through technology.” The more detail on players, the better. That is what Zebra MotionWorks delivers in the form of “a bevy of irrefutable data.” It doesn’t just present raw data, but applies algorithms to “aggregate players’ stats” on the spot.

In truth, all this data is not just about fan service; the NFL is also motivated by the insights gleaned from the analytics to improve strategy and player selection. Its announcement quoted Vishal Shah, NFL Vice President of Media Strategy, who said, “Zebra’s tracking technology will help teams to evolve training, scouting and evaluation through increased knowledge of player performance.” However, he did add, “as well as provide ways for our teams and partners to enhance the fan experience.”

So it’s not just about the fans but about the plays and the players. That actually posed a challenge for Zebra in terms of getting the analytics right. As Stelfox told CIO: "The analytics from manufacturing weren't the same as the analytics from football. We could see correlations in the data that seemed important and then they weren't. We had to bring in people that had the football expertise who could say, 'Look, this is why it matters.' "

Not everyone is thrilled about the NFL deal, though. Zebra used to have a partnership with Lynx System Developers that filed a federal suit on June 10, 2015,claiming that it is its technology that is being used in the NFL deal. Zebra denies any guilt in the matter. The courts will have to decide that matter, while fans will decide if “Next Gen Stats” really do enhance their experience.

We welcome your comments on this topic on our social media channels, or [contact us directly] with questions about the site.
Comment  |
Email This  |
Print  |
RSS
More Insights
Webcasts
The Changing Face of Threat Intelligence
Keeping the Business Running with Remote Network Management
More Webcasts
White Papers
2019 Software Exploits, a Technical Deep Dive into Vulnerabilities
2020 Trends to Watch: Cybersecurity
More White Papers
Reports
The New Face of IT Automation
State of Cybersecurity Incident Response
More Reports