10 Ways To Get More From Android Devices - InformationWeek 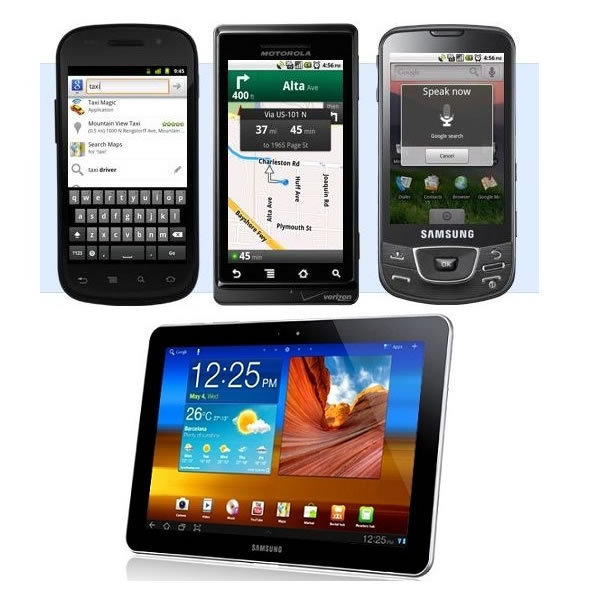 Love it or hate it, the Android platform is a huge success with more than 850,000 activations per day, according to Google CEO Larry Page. That doesn't mean that the Android experience is sheer bliss for mobile users and developers.

The platform's fragmentation woes have been well documented. As of early March, only 1.6% of devices accessing the Android Market were running Android 4.0 (Ice Cream Sandwich), and a recent survey by IDC and Appcelerator suggests that app developers are losing their enthusiasm for the mobile OS.

From an end user's standpoint, Android's chaotic nature can be a hassle, particularly when the app you want won't run on the device you own. Take, for instance, MLB.com At Bat 12, the official app of Major League Baseball. It's a convenient way for baseball fans to watch live MLB games, but its support for Android tablets is sketchy at this time. If you're using a Samsung Galaxy Tab 7.0 (Verizon Wireless version), Galaxy Tab 10.1 (Wi-Fi version), Motorola Xoom, or an Amazon Kindle Fire, you're good to go. Other Android slates? No guarantees.

On the plus side, Android's anything-goes philosophy has its merits, particularly for adventurous types fond of rooting mobile devices to do any number of things, such as avoid annoying ads, improve battery life, and boost performance. (Keep reading our slideshow for specific examples.)

What Android lacks in a cohesive, unified experience (see: Apple iOS)--it compensates for with an abundance of software and hardware options. Example: The iPhone 4S has Siri, a voice-controlled "personal assistant," but Android has speech recognition tools as well, including Speaktoit Assistant, Vlingo, and Google Voice Actions for Android. Sure, Apple's voice implementation is arguably the better choice for users who'd rather not dabble with various speech tools, but Android's mix-and-match approach is certainly more fun for the tech-savvy tinkerer.

Of course, the sheer number of Android devices is staggering--Sony even offers an Android-based SmartWatch --and Android's infiltration of consumer electronics will likely continue to grow, particularly if the OS successfully migrates to home appliances such as refrigerators and washing machines.

Will the future bring a more buttoned-down Android? It doesn't appear so. "Android was built as an open ecosystem, and we have no plans to change that," wrote Google CEO Page in a recent letter to investors. That's good news for Android fans who love the platform's freewheeling ways--but less comforting for users who simply want assurances that their Android devices will work with the desired apps.

Dig into our list of apps and tricks to get more from your Android device.