50%
Tweet
Indiana University research on Internet memes is not a threat to free speech, computing researchers tell lawmakers threatening to defund the project. 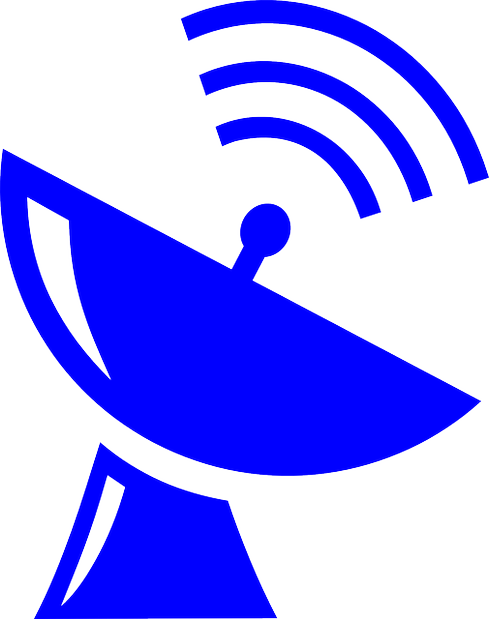 Executives from five major computing research organizations this week called on Congress to continue funding for a controversial academic research project on Internet memes that some, including lawmakers, have recently labeled as Orwellian in nature and a threat to free speech.

In a letter Tuesday, the executives urged Rep. Lamar Smith (R-Texas), chairman of the House Committee on Science, Space, and Technology, to ignore the recent negative characterizations of the Truthy Project and insisted that the project is focused on significant research issues in computer science.

"(The project) in no way represents a federally funded assault on free speech," the executives noted. "The tools developed in the course of this research are capable of making no political judgments, no prognostications, and no editorial comments."

The letter urged Smith and other lawmakers to call on subject matter experts to help guide a proposed Congressional investigation of Truthy.

[In a separate matter, Twitter claims the government is restricting its free speech. See Twitter Sues US Government Over Surveillance.]

Truthy, funded in part by a $1 million grant from the National Science Foundation (NSF), is a research project run by Filippo Menczer and Alessandro Flammini, two professors at Indiana University's School of Informatics and Computing in Bloomington.

The project's focus is to analyze and visualize information diffusion on Twitter. The researchers have created what they say is a system that evaluates thousands of public tweets an hour to try and identify how and why certain memes go viral. The effort is to understand how factors like popular sentiment, user influence, and social network structures affect the spread of political, business, and social news on the Internet. 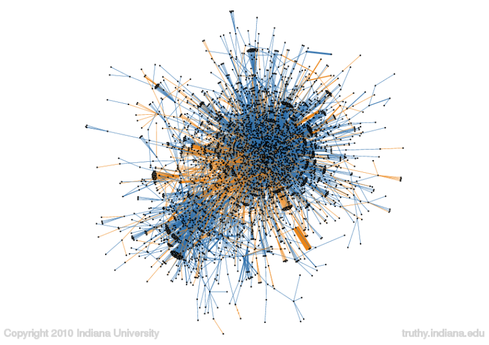 Truthy is more than just a study of viral memes, say the researchers. According to the official description, the goal is to eventually use Truthy to develop machine learning and visual analytics tools capable of recognizing misinformation, smear campaigns, and other forms of social media abuse.

The project was launched back in 2010 and had a mostly uneventful run until this August when it suddenly became embroiled in major controversy.

Many believe its trouble started when the Washington Free Beacon ran a story that characterized Truthy as an effort by the government to create a database for tracking speech considered as misinformation and hateful.

Soon after, several other outlets, including Fox News, the Week, and Brietbart.com, had stories echoing similar sentiments and worrying about First Amendment implications. Fox News quickly labeled Truthy a hate-speech tracker and suggested the government intended to use it to squelch free speech and expression. The Week warned readers to be "very, very afraid" of Truthy being used as an "apparatus for state control of political thought."

The controversy took on an even heavier political overtone in October, when Ajit Pai, a Republican member of the Federal Communications Commission (FCC), described Truthy as a concept straight out of a George Orwell book. In an op-ed in the Washington Post, Pai questioned why taxpayer money was being used to monitor free speech on the Internet.

In recent days, some lawmakers, including Representatives Smith and Kevin McCarthy (R-Calif.), have released statements questioning why Truthy should be supported by taxpayer dollars and have hinted the funding may be cut.

Some of the misinformation, said CRA chair Strother Moore, appears to have stemmed from a sentence in the original description of Truthy. Moore is one of the signatories of the letter to Rep. Smith.

The sentence, which has been removed, talked about how Truthy could be used to mitigate the diffusion of false and misleading ideas, detect hate speech and subversive propaganda, and assist in the preservation of open debate.

"That is wrong if taken literally," admitted Moore. But Truthy does no such thing, Moore claimed. "Truthy is about information flow, independent of content, whereas some people have misunderstood it to be about automatic censorship or labeling of politically objectionable speech."

In the letter to Smith this week, the five executives stressed that Truthy is not a database for either tracking or defining hate speech.

"It simply visualizes the patterns of flow of publicly available information in the Twitter stream," the letter noted in asking lawmakers not to let media mischaracterizations scuttle the project.

Peter Harsha, director of government affairs at the CRA, said the immediate impetus for the letter to lawmakers was the recent statements by Smith and McCarthy threatening to defund the project.

"While the research community was concerned over the growing misunderstanding of the research and dismayed by the demonization of it, the ultimate impetus for the community effort to defend the research area was the statement by Smith," Harsha said.

As the chair of the House Committee on Science, Space, and Technology, Smith has jurisdiction over the NSF. "So it's especially important that he has a clear understanding of the project goals and potential benefits," Harsha said. "We felt that it was clear from his statement that there may have been some confusion."

While there's a role for PhD-level data scientists, the real power is in making advanced analysis work for mainstream -- often Excel-wielding -- business users. Here's how. Get the Analytics For All issue of InformationWeek Tech Digest today. (Free registration required.)

Jai Vijayan is a seasoned technology reporter with over 20 years of experience in IT trade journalism. He was most recently a Senior Editor at Computerworld, where he covered information security and data privacy issues for the publication. Over the course of his 20-year ... View Full Bio
We welcome your comments on this topic on our social media channels, or [contact us directly] with questions about the site.
Comment  |
Email This  |
Print  |
RSS
More Insights
Webcasts
5 Steps to Integrate SAST into the DevSecOps Pipeline
Are You Ready for When Cyber Attackers Get In?
More Webcasts
White Papers
NetFlow vs Packet Data
[IT Trend Report] The Future of Cloud
More White Papers
Reports
Can You Spare 10-12 Mins to Help Us Out with a Survey on Tech Trends?
Got 7 Minutes? Dark Reading Needs Your Help With Our Survey on Incident Response
More Reports

The Truthy project is fairly benign, and the critics don't really understand it.  It has nothing to do with monitoring controversial speech, that isn't the point.

But there is certainly room for criticism.  This is just one of many research projects like this, and the implications are chilling.  This is part of a new science spawned by social media, and one of the goals is to understand how viral memes propagate on social media.  Once the science of viral memes is understood well enough, there will exist a powerful tool for the mass manipulation of unwitting pawns.

This is going to advance the science of advertising greatly, and believe me when I say that science is involved in advertising.  But at the same time, this also increases the power of propaganda to quite scary levels.

Social media is not the harmless and convenient tool it pretends to be.  It is a tool of mass analysis for lives both private and public, and it will ultimately be a tool of mass manipulation.
Reply  |  Post Message  |  Messages List  |  Start a Board

On one side, this seems like an interesting project to understand the virality of things on the internet.

On the other, I can see how people might get bothered by the implications of this. But there are likely private government projects that are already looking into this.

Maybe the whole hoopla here is to raise awareness about the potential government has to conduct serious data mining on internet activities. Because I have to think these Truthy researchers are harmless.
Reply  |  Post Message  |  Messages List  |  Start a Board

There can be a happy conclusion to the sad development. A conclusion that both parties find satisfactory.

A committee can be setup that approves all the government & semi-government use of this tool. Membership of this committee can be from both parties. This way the tool can be developed. The anti-public usage attempts will be filtered.
Reply  |  Post Message  |  Messages List  |  Start a Board

Why is it that people who have the worst understanding of science and technology are the first to pass value judgements on those issues? It scares me to think that such technologically illiterate people can have so much power over our technological future.
Reply  |  Post Message  |  Messages List  |  Start a Board
Editors' Choice
Hot Topics